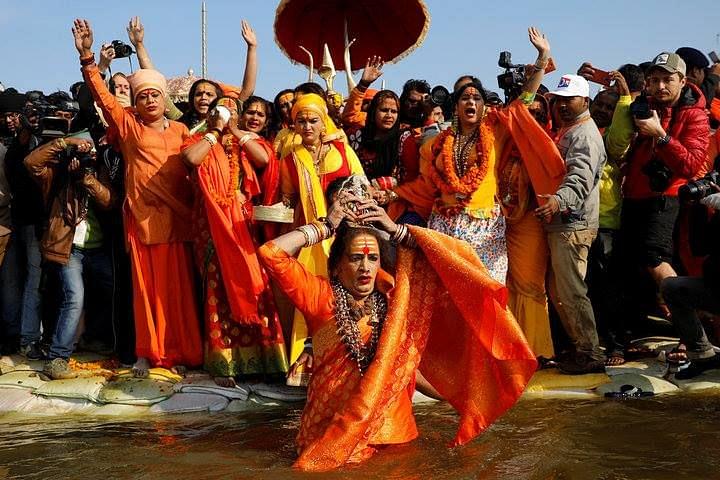 Kinnar Akhara, whose advent in Kumbh Mela this year made headlines across the country, has conducted a Tantrik Puja in Prayagraj, Uttar Pradesh in support of building the Ram Temple in Ayodhya, reports Financial Express.

The special arrangements for the ceremony were made by Tantriks who came from Karnataka and Tamil Nadu to perform the Puja so that the temple could be built soon. This Tantrik ceremony is conducted at midnight as per the rituals and cultural norms. Laxmi Narayan Tripathi, the well-known transgender activist, is also a part of this Akhara. Their entry at the Mela was seen as a progressive step towards further inclusion of the community.

According to a statement issued by the Ministry of Culture, Kinnar Akhara has also announced on Monday (21 January) that they will build an ashram in Prayagraj.

Kinnara Akhara, which had previously taken part in the 2016 Ujjain Kumbh, was allowed to take part in this year’s Kumbh Mela along with the other Akharas. Juna Akhara, a powerful Akhara, recognized the group and also allowed them to be a part of the Shahi Snan (Royal Bath).

Over 1.25 crore devotees took a holy dip on 15 January at the ‘Sangam’ in Prayagraj, Uttar Pradesh to mark the beginning of Kumbh Mela.