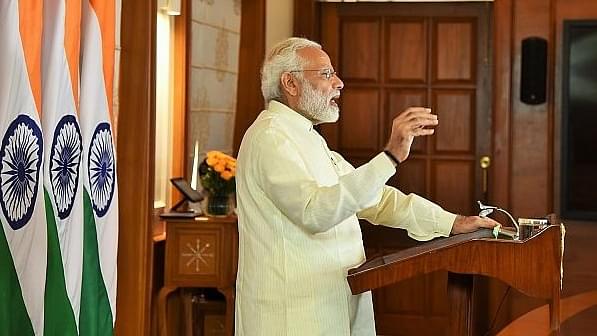 Economic Times reporter tracks the elusive chief, Dinesh Gope, of the left-wing militant organisation 'People's Liberation Front of India' (PLFI). The reported interview brings out a hitherto unreported phenomenon emerging in the so-called 'left-wing' armed conflict in India. Dinesh Gope who carries Rs 25 lakh reward for getting captured alive or dead reveals not only an admiration for Modi but also a disenchantment with ideologies like Maoism.

Dinesh Gope states that while he is waging an armed struggle against injustice and corruption, he is not against the Constitution of India. He also says that having served in Indian Army he took arms against the injustice towards people inspired by Bhagat Singh and Subhash Bose. He categorically distanced himself from Maoism. In the reported interview he says:

Maoism has failed. I don’t believe in the ideology of CPI (Maoist). Their ideology is against the nation. They want to impose Chinese designs in the country. My fight is against them too. What have they (CPI-Maoist) done for the people? They are themselves punjipati. MCC (Maoist Communication Centre, which fused to form CPI-Maoist) actually stands for Money Collection Machine.

To the question if 'there isn't any leader people can look up to', he answers that though Anna Hazare was such a leader but his movement was diverted by 'his own people due to vested interests'. Then he says:

One wonders if this praise for Modi, his intention and his hard work, coming from a militant extremist left leader is perhaps the most authentic endorsement the Prime Minister has received for his dedicated zealous work to change the system and remove it of all loopholes for corruption.