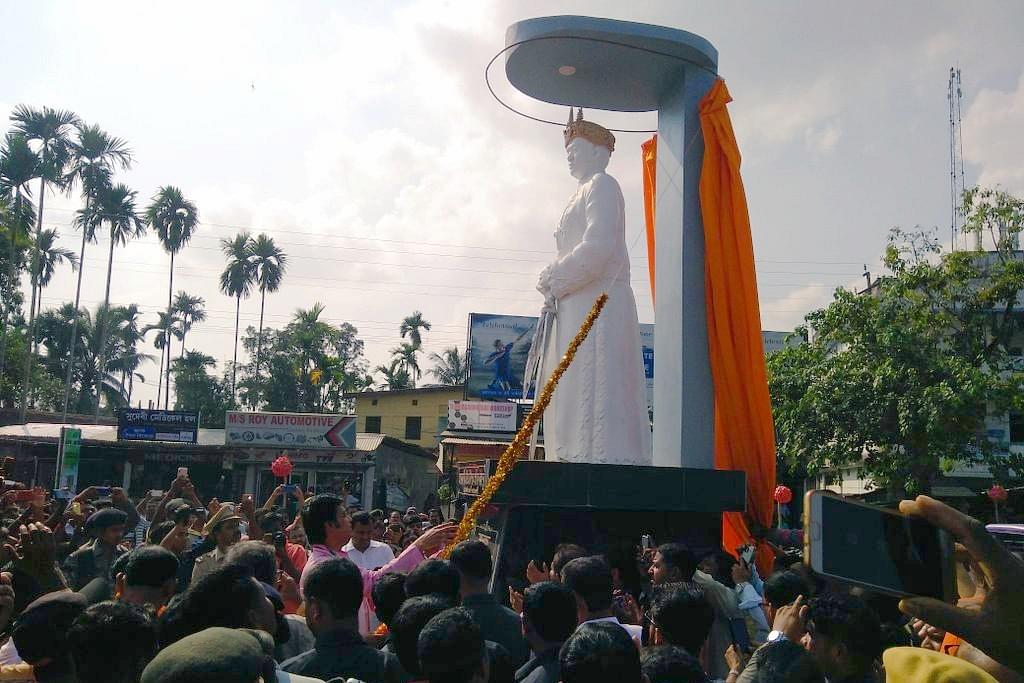 Incidentally, a statue of Lenin was earlier brought down in the state closely falling BJP’s victory in the state elections which ended the Left’s 25 year-long rule in the state.

Earlier this year in March, the Government of Tripura announced that the airport in Agartala will from now on be named after the last ruling king Maharaja Bir Bikram Kishore Manikya Bahadur. Interestingly, the CM’s move has drawn praise from the Congress working president of Tripura Pradyot Kishore Manikya, who happens to be the grandson of the king.

The 37 lakh citizens of our beloved state are forever indebted to Maharaja Bir Bikram Kishore Manikya, the Architect of Modern #Tripura.

Maharaja Bir Bikram Kishore Manikya is known to be architect of modern Tripura, and is credited with building the first airport in the state before the state acceded to the Union of India in 1949, News18 reported. He is also credited for pioneering land reforms in the then kingdom of Tripura.

The Congress working president was quoted by News18 as saying, “Renaming the airport after my grandfather was already in BJP and Congress manifesto. Chief Minister Biplab Deb had personally assured me and I am glad that he fulfilled his promise.”