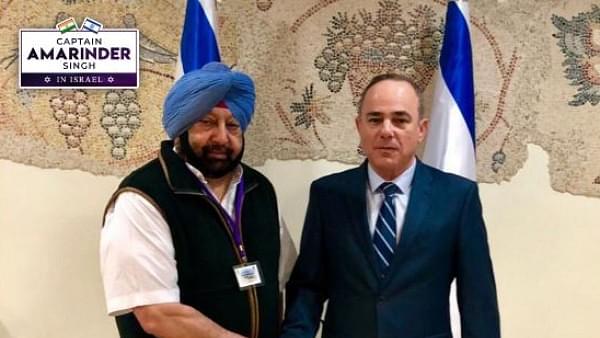 Punjab Chief Minister Captain Amarinder Singh has sought Israel’s co-operation in the adoption of water-recycling technologies, The Tribune has reported. The Chief Minister is currently on an official tour to Israel.

Amarinder Singh plans to meet the state’s irrigation needs and reduce water pollution by adopting Israel’s strategy. Close to 95 per cent of sewer water is being recycled to meet irrigation needs in Israel.

Glad to have met the Minister of Energy & Water Resources, @Steinitz_Yuval at the Israel Parliament House today. Discussed ways to improve the cooperation in the fields of water conservation and renewable energy between Punjab and Israel. @indemtel @MEAIndia pic.twitter.com/H7HnwT2MTh

After talks in Jerusalem with Dr Yuval Steinitz, Minister of Energy and Water Resources, Israel, Captain Singh was impressed with Israel’s water management. Currently, 95 per cent of sewage water is recycled and used in agriculture in Israel. Singh wants to adopt the same process of water management into urban areas of Punjab.

Israel is able to cater to its water requirements in spite of an ongoing five-year drought. The country meets 80 per cent of its needs through double desalination of seawater.