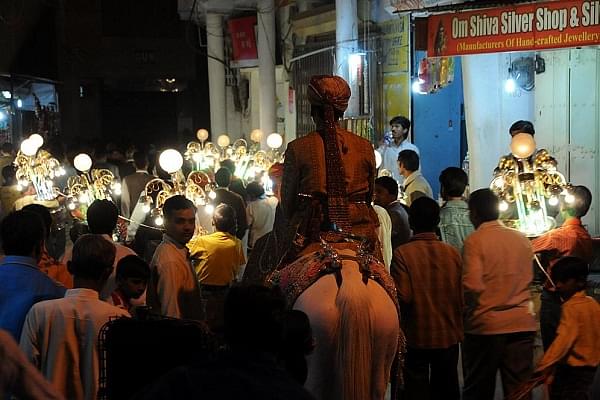 Representative image of a wedding procession

Tensions have gripped the Dewas district in Madhya Pradesh following an attack by a Muslim mob on a Dalit wedding procession which killed one and injured a number of others, reports Firstpost.

The wedding party was violently attacked when it was passing by a mosque in the village of Pipalarwa at around 9 pm.

“It was all quite sudden. The wedding procession of Shaktiman, who is from Awalataj village of Dewas district, was on its way to the bride’s home. When it was passing in front of a masjid, some people started pelting stones on us, injuring several baaraatis in the attack. This happened right outside the local police station. So a few of us approached the cops for help,” said Rajesh Malviya, one of those injured in the attack.

But taking refuge in the police station was of no help, as the members of the Dalit community revealed that they were thrashed inside as well.

An FIR has been registered against 11 named individuals and several others who are unidentified. Police have also increased their presence in the area and have imposed Section 144 of the code of criminal procedure, which prevents groups of people from assembling.