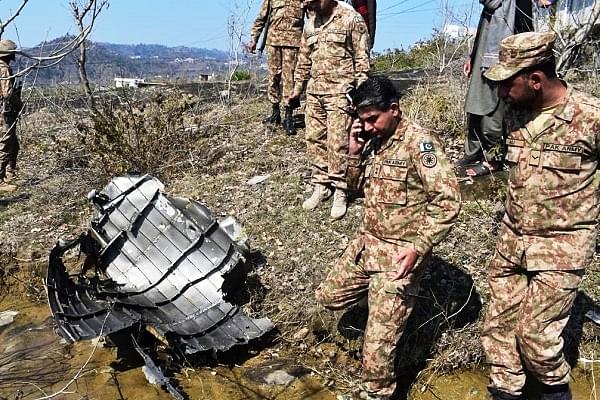 Pakistan’s Central Film Central Board’s Chairman and Civil Servant Danyal Gilani had made an explosive claim on Friday (1 March) that Lockheed Martin was planning to sue India for “falsely claiming” that the Indian Air Force had shot down an F-16.

The tweet in question quoted a certain website named “wnobserver” to add that Lockheed Martin had also expressed annoyance over the Indian claims and had confirmed that all the Pakistani F-16s were accounted for.

Soon after being posted, the tweet went viral and amassed almost 1,700 retweets. While it was generating a lot of attention from the Pakistani side, Lockheed Martin India decided to step-in and clear the air.

The company categorically stated that it had made no such claims being attributed to it by the Pakistani civil servant.

Lockheed Martin has made no such comments.

Soon after the clarification by Lockheed Martin, Gilani proceeded to delete the tweet and even ‘thanked’ the aircraft manufacturer.

Thank you @LMIndiaNews. I acknowledge the statement is wrongly attributed to you. I picked it from a website. I take it back. However, I stand by Govt of #India's failure to prove it downed a #Pakistani F-16. Indian media & journalists have caught #Indian govt disinformation.

Incidentally, it is not the first time that Pakistan has tried to spread fake news via social media.

It was reported that Pakistani social media users were using old pictures and videos to claim the shooting down of two Indian fighters - a claim which was later officially ‘revised’ to one by Pakistan.