Losing The Plot, And The Pilot: Rahul Tells IAF Fictitious ‘Rs 30,000 Crore For Ambani’ Can ‘Help’ Them In Case They Die 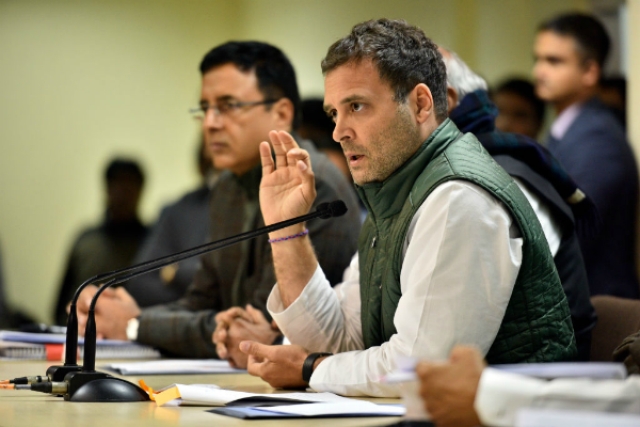 As part of his series of attacks on the prime minister and the ruling BJP-led government on the Rafale deal, Congress president Rahul Gandhi has now made remarks aimed directly at Air Force pilots, telling them that Rs 30,000 crore has been given to Anil Ambani and this money could’ve instead been given to them when they died in plane crashes.

This is BEYOND vile.@RahulGandhi: Pilots, remember one thing: this 30,000 croreâ¦could be given to you WHEN YOU DIE in a plane crash."

Not for me to suggest but our brave pilots must ask this of themselves: Would you have this man lead you in a battle to defend India? pic.twitter.com/pRtRG3paHD

The Congress president’s comments come at a time when the Indian Air Force (IAF) is still reeling from the shock of the deaths of two young pilots in the crash of a Mirage 2000 during a test flight. The aircraft had just recently been upgraded by Hindustan Aeronautics Limited (HAL), which has received criticism for its lacklustre performance in catering to the needs of the defence forces.

Ironically, Gandhi’s arguments in the Rafale controversy have included unabashed criticism of private sector involvement in defence, claiming that HAL is a hapless public sector entity being disadvantaged due to the government catering to corporate interests.