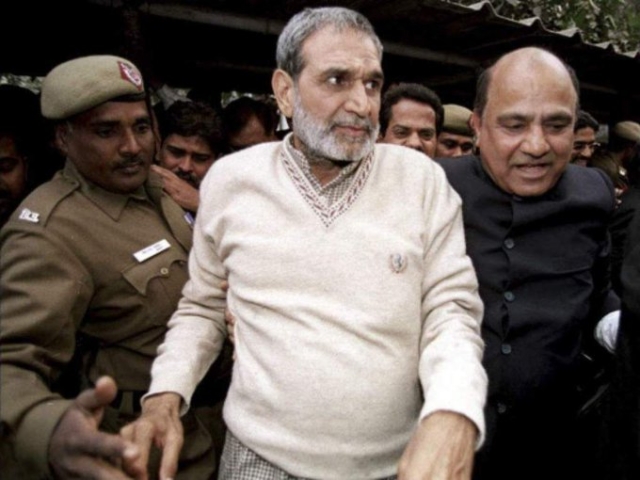 A bench headed by Chief Justice-designate S A Bobde on Wednesday (6 November), while hearing a bail plea of former Congress MP Sajjan Kumar convicted in the 1984 anti-Sikh riots case, said "losing weight does not mean illness..what is more important is that you should be healthy".

Kumar's counsel argued his client is not keeping well and suffering from physical ailment, as a result he has lost nearly nine kilos during the period in jail.

The court had fixed the matter on Kumar's bail plea during the top court's summer vacations, but made an early hearing on Wednesday.

Kumar is serving life sentence in the riots case and had moved the top court seeking bail on health grounds.

Justice Bobde also directed the constitution of a medical board headed by doctors of All India Institute of Medical Sciences to examine his health condition and submit a report on his health within in four weeks.

"The convicts in hate crimes should not be granted relief...the riots were a very sad for the country," said the counsel opposing Kumar's bail plea.

The counsel also opposed the early scheduling of the bail before the court much ahead of the summer vacations hearing.

The court replied to this query, "We have a serious apprehension that this matter will be argued for long". The victims counsel insisted that the court should hear the bail plea in summer vacations.