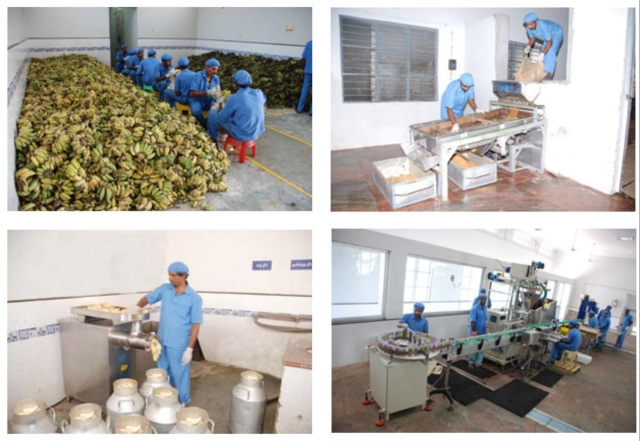 Stages of preparation of the Prasadam.

This is to ensure that devotees get hygienically prepared and healthy and safe "prasad", "langar", "bhandara" and "bhog" at places of worship during the festive season.

Shailendra Kumar Singh, FSDA designated officer in Lucknow, said, "The FSDA wants all religious places to maintain the hygiene standards while preparing prasad. Vendors selling prasad outside temples will be trained to prepare it hygienically."

He said, "In the first phase, we have selected four temples -- Hanuman Setu temple, Aliganj Hanuman temple, Mankameshwar temple, Gulacheen temple in Aliganj -- and Gurudwara Ashiana where our staff will train prasad and bhog vendors as per the food safety regulations. Our aim is to create awareness about good practices right from purchasing raw material to serving the food."

For instance, cooks who prepare "ladoos" would be asked to wear gloves, aprons or caps, clean the utensils dnd use quality food material.

The Food Safety and Drug Administration will also give certificates after testing the prasad prepared by the shops in front of these temples. The quality report would be shared with the Food Safety and Standards Authority of India (FSSAI) and those not following the norms will face action.

The project was first conceived in 2015 when Sanjeev Patil, the CEO of Siddhivinayak Temple in Mumbai, found that the foreign pilgrims were skeptical about the cleanliness of the prasad and refused to eat it. The first pilot project was started at the Siddhivinayak temple.

"The project doesn't aim to interfere in the daily work of temples. The FSDA just wants to train prasad handlers and vendors to follow the FSDA and FSSAI standards when it comes to preparing edibles," said Singh.