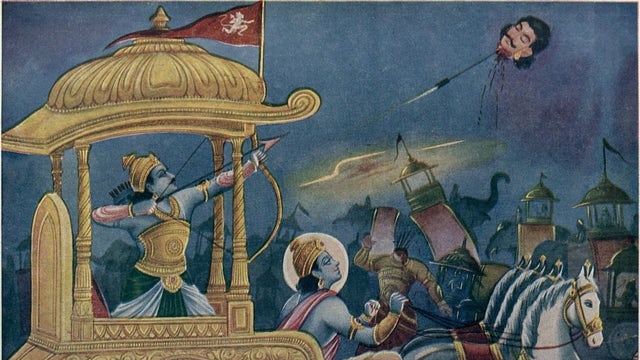 In a major archaeological finding, the senior archaeologists at the Archaeological Survey of India (ASI) claimed on Friday (19 October) that the epic of Mahabharata could be as old as 1500-2000 BCE, against the presently believed era of 900-1000 BCE, reports Economic Times.

The development comes as an outcome of ongoing excavations and explorations at the site of Sanauli which is located 68 kms from the capital city of Delhi.

Last year at the site, archaeologists had discovered a war chariot allegedly driven by a horse.

The archaeologists have also dug a rusted bow and arrow, a burial site, war shields, whip, torch, an antennae sword with hilt and ochre-coloured pottery from the Sanauli site. A discussion on the same was carried out on Friday by the director of ASI's Institute of Archaeology, Sanjay Manjul.

It should be noted that the excavations at the Sanauli site had been carried out under Manjul who asserted that the advanced testing of the chariot found at the site has revealed that it was driven by horses, thus indicating it's similarities to the culture from the days of Mahabharata.