MahaMetro: Underprivileged Nagpurkars Get Free Rides As City Gears Up For Metro Launch 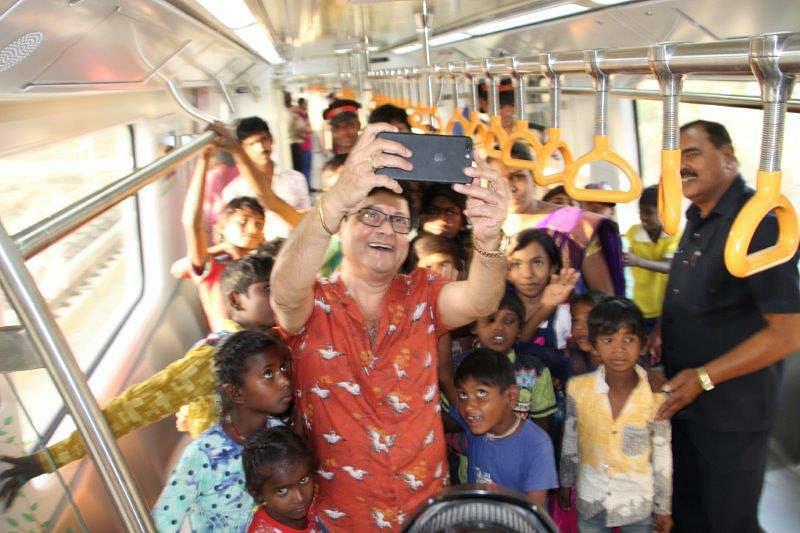 Having been granted the nod from the Commissioner of Metro Rail Safety (CMRS) for a small at-grade section between the Khapri Depot and Babasaheb Ambedkar International Airport, the Maharashtra Metro Rail Corporation (MahaMetro) has decided to start offering free rides to underprivileged sections of the society, reports The Times of India. Nagpur Metro had made headlines in October when it became the fastest metro rail project to reach the trial stages in a record of two and a half years.

On Saturday (21 April), around 100 people from Ram Ingole’s school for orphans Vimalashram, the Matru Sewa Sangh’s old age home, and students of a school for the deaf and mute took a ride along with Marathi actors Swapnil Joshi, Pranali Ghoghre and Sachin Pilgaonkar on the train.

MahaMetro managing director Brijesh Dixit said that the aim of these free joyrides was to inculcate the appropriate behaviour and culture for Metro Rails among Nagpurkars.

They should learn about dos and don’ts while riding the Metro. We want this to happen before commercial operation begins on Sitabuldi-Mihan stretch in March 2019.

Officials are aiming for an inauguration of Maharashtra’s winter capital’s metro rail on 1 May – Maharashtra Day – by Chief Minister Devendra Fadnavis and Union Minister for Road Transport and Highways Nitin Gadkari who represent the city in the Vidhan Sabha and Lok Sabha respectively.

Also Read: From Tracks To Trials: Nagpur’s Maha Metro Chugs Along And Reaches Trial Stages In A Record Two-Year Period