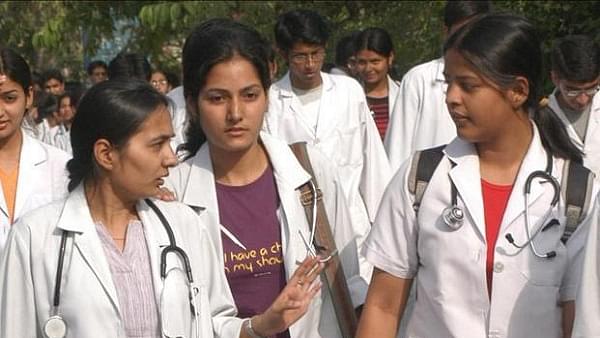 In a move aimed at addressing the shortage of doctors in rural areas,  Maharasthra govt has proposed to reserve 10 per cent of MBBS and 20 per cent of medical post-graduation (PG) medical seats for in-service doctors who are willing to work in interior, rural areas for five and seven years respectively, The Times Of India reported.

The reservation scheme however comes with a very stringent condition. Doctors who availed the quota but fail to work in state-run hospitals after completion of the course could face 5 year imprisonment, along with suspension of their license.

The Maharashtra cabinet headed by the state chief minister Devendra Fadnavis approved the decision on Monday (9 September) and soon the body will introduce a legislation called the ‘Maharashtra Designation of Certain Seats in Government and Municipal Corporations Medical Colleges Bill’ in the state assembly to make it a law.

The reserved seats will be available in state and civic-run medical colleges as well for aspirants who want to work for a long period in government centres.

An estimated 450-500 MBBS seats is set to be earmarked under this quota while as many as 300 PG seats would be allocated under the quota.

India faces the challenge of huge shortage of trained medical professionals in rural areas. According to a report in medical journal Lancet, more than 8 per cent of 25,300 primary health centres in the country were without a doctor, 38 per cent were without a laboratory technician, and 22 per cent had no pharmacist.

Even in health facilities where doctors, specialists, and paramedic staff have been posted, their availability remains in question because of high rates of absenteeism.