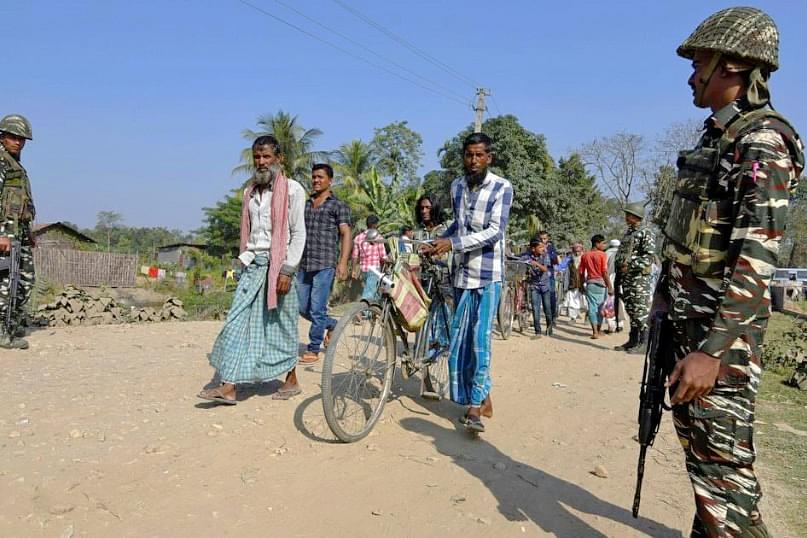 West Bengal chief minister and Trinamool Congress leader Mamata Banerjee has criticized the final draft of Assam’s National Register of Citizens (NRC) for not including 40 lakh people. Banerjee has attacked the BJP government at the centre accusing it of ‘vote politics’. She has also reportedly told that people whose names were not included in the list can come and live her state.

“People are being isolated through a game plan. We are worried because people are being made refugees in their own country. It’s a plan to throw out Bengali speaking people and Biharis. Consequences will be felt in our state also,” Banerjee is quoted to have said.

People are being isolated through a game plan. We are worried because people are being made refugees in their own country. Its a plan to throw out Bengali speaking people and Biharis. Consequences will be felt in our state also: West Bengal CM Mamata Banerjee #NRCAssam pic.twitter.com/VRc1hbgJJH

“Where will the 40 lakh people whose names have been deleted go? Does Centre have any rehabilitation program for them? Ultimately it is Bengal which will suffer. It’s just vote politics by BJP. Request Home Minister to bring an amendment,” the chief minister is further quoted to have said.

Over 55,000 state government employees had toiled over the last three years to verify all the claims. All the applicants had to submit proof of their names or the names of their parents figuring in the 1951 electoral rolls in the state or proof that they were in Assam before 24 March, 1971-- the cut-off date for identification of foreigners in Assam as agreed to under the 1985 Assam Accord.

Those whose names have not been included can appeal between 30 August and 28 September.