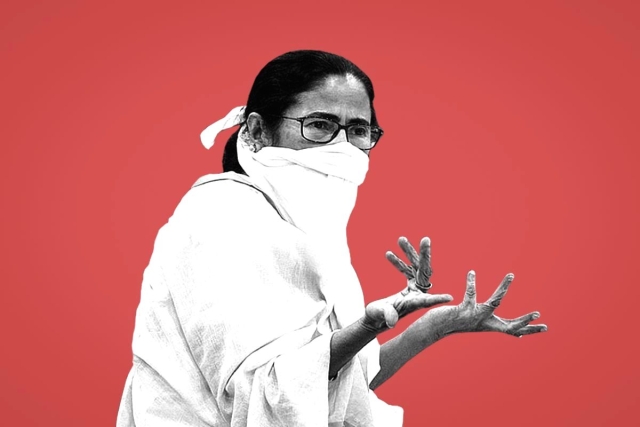 In a major development, the Chief Minister (CM) Mamata Banerjee led West Bengal government has acknowledged the gaps in the daily release of data pertaining to COVID-19 cases in the State, reports Hindustan Times.

The admission of the gaps in its reportage of the data came from the West Bengal Chief Secretary Rajiv Sinha after Centre's inter-ministerial team had written a letter to the state government questioning the mismatch in its data.

Accepting the fault on Monday (4 May), Sinha said, "There was an issue of missing data which is why there were some gaps. All missing data have been retrieved. Now we are in a position to share all this data every day."

Sinha also added, "There were gaps in data which was triggering confusion. We found that the data reporting structure was highly complicated and some data was not being registered at all. It was not deliberate. We have improved. We searched all data over the weekend and compiled everything so that there is no missing data."

The controversy over mismatch and gaps in the daily data reported by the state government had first erupted after state's Health Secretary Vivek Kumar's letter to the Union Health Secretary Preeti Sudan had mentioned the total number of confirmed cases of COVID-19 positive as 931 as of 30 April, while the data shared with the journalists stood at a much lower figure of 816.

As of Monday (4 May), the State had 1,259 confirmed and 908 active cases, as per the state government’s data. Of the total, 218 patients have fully recovered so far.