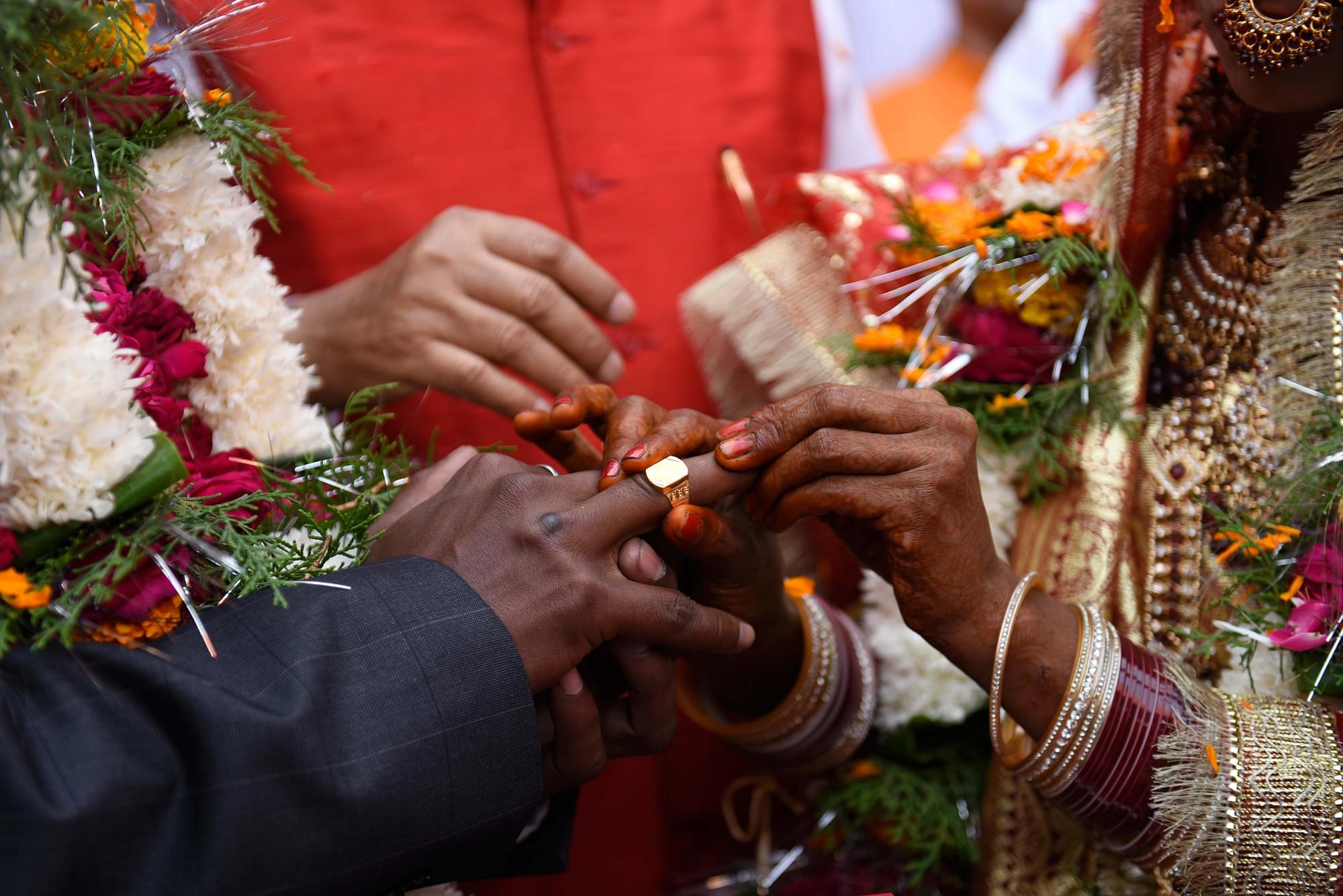 A marriage in India. (Burhaan Kinu/Hindustan Times via Getty Images)

The Mamata Banerjee led West Bengal government has put a stop to an upcoming mass marriage ceremony of tribal people organised by the RSS by treating it as an attempt to convert the followers of Sarna religion to Hinduism, Hindustan Times has reported.

This event was scheduled to take place in Alipurduar on Monday (10 February).

This decision comes after VHP leaders in the state were booked under non-bailable offences including the ones reserved under SC/ST atrocities prevention act for organising such a marriage last week.

The police has claimed that the marriage was actually going to take place as per Hindu traditions and they have received complaints from local tribal leadership alleging that the followers of Sarna religion would be converted to Hinduism.

“ Are all of the state’s tribal people followers of Sarna religion, according to the census of 2011? Aren’t there tribal people who consider themselves as Hindus? In that case, is there a concerted effort to reduce the number of Hindus?”, RSS’s South Bengal secretary Jisnu Basu was quoted as saying.