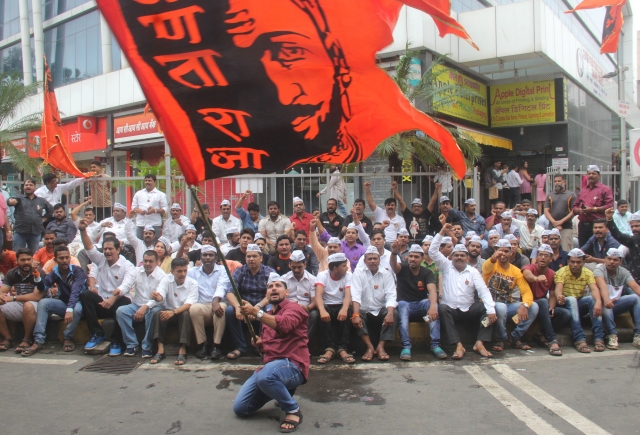 Kakasaheb Dattatreya Shinde, a 28 year old youth has allegedly jumped into the river Godavari for the sake of Maratha reservation, FreePressJournal has reported. The incident happened during an agitation in Kaigon in Sillod. Shinde hailed from Kaanad village of the same district. Officials told that the man failed to survive the rage of the river.

The incident comes a day after the Maharashtra Chief Minister Devendra Fadnavis bowed out from performing the pooja at Pandarpur's Vitthal temple on Ashadi Ekadashi day. The CM's decision was taken in the light of several protests and threats by Maratha groups demanding reservations.

Shinde's family refused to take his body on Monday (23 July) evening. Various groups have demanded the resignation of Devendra Fadnavis. Roadblocks were staged by protesters outside Kaigaon , Aurangabad and Ichalkaranji in Kolhapur. Tomatoes were pelted at an effigy of the chief minister.

Various Maratha groups have announced a shutdown on 9 August (known as August Kranti Day) to intensify their agitation for reservations.