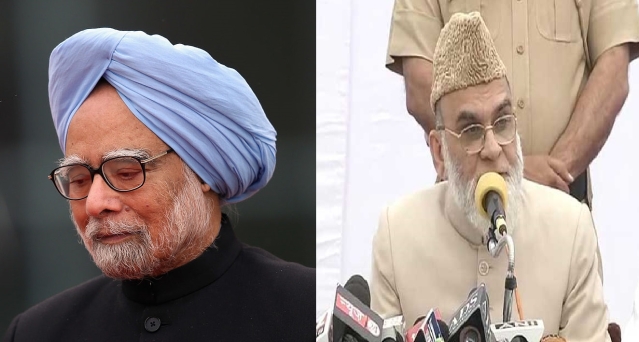 Former Prime Minister Dr Manmohan Singh’s assurance to Delhi’s shahi imam in October 2004 that the historic Mughal-era Jama Masjid will not be declared a protected monument has come under the High Court’s scanner. The court had on Thursday (7 September) asked the government to produce before it the record of the communication between then central government and Syed Ahmed Bukhari.

"The Ministry of Culture shall produce the file in court with regard to the subject wherein decision was taken not to declare the Jama Masjid as a protected monument," the court has said, specifically mentioning the letter Singh wrote to the Imam regarding government’s decision.

The Archaeological Survey of India (ASI) had in August 2015 informed the court about Singh’s assurance to the imam.

The court’s order came following the hearing of a petition filed by one Suhail Ahmed Khan demanding the Masjid be declared a protected monument. The court noted that the Ministry of Culture was asked to produce the record in 2005.

Counsel for the petitioner, Devinder Pal Singh, alleged that Congress-led United Progressive Alliance government had returned the favour to the imam who had supported the Congress in the 2004 Lok Sabha elections.

According to the Economic Times, a protected monument cannot be used for meetings, receptions, parties, conferences or entertainment programmes except with special permission from the government.