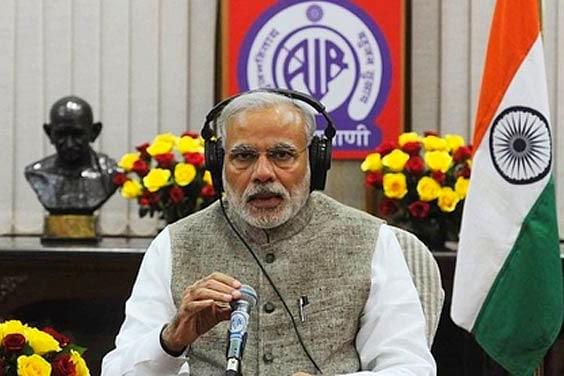 Addressing the nation in his last 'Mann Ki Baat' interaction of the year, Prime Minister Narendra Modi commended a unique initiative HIMAYAT, that has been transforming lives of thousands of disadvantaged teenagers in Jammu and Kashmir.

The Prime Minister took the names of youngsters like Raqeeb Ul Rehman from Kashmir's Anantnag district, who took up a course in retail team leadership programme and was now working in a corporate organisation.

The Prime Minister also mentioned about a number of teenagers like Faiyaz, who had trained under the HIMAYAT program.

Himayat is a placement linked skill training programme for unemployed youth of Jammu and Kashmir and is being implemented by the Himayat Mission Management Unit, Jammu and Kashmir State Rural Livelihoods Mission (JKSRLM).

The PM also urged the youth of the country to use local products till 2022 as the country marks its seventy-fifth year of Independence.

He mentioned how women of Kadipur in Uttar Pradesh have become self-reliant by learning to make slippers. The women self help group has also established a "chappal production plant" in the area. This not only has generated the revenue for the women working in the plant, but has also given employment opportunities to the villagers.

He also appreciated the UP Police for taking the initiative of buying those locally produced slippers for their family members and themselves and enabling those women to earn their livelihood by the initiative.

The Prime Minister said, "As we are going to mark the 75th anniversary of Independence in the year 2022, I urge all the youth of this country to use ‘Swadesi’ and buy local products in order to give impetus to the local produce and generate employment in the country".

He said the youth of this country is self motivated and is capable of doing this without the government initiative.

Modi also mentioned 'Swadesi Movement' initiated by Mahatma Gandhi which encouraged people to buy local products. He said that the movement was aimed at paving the way for Indians to become self reliant and remove poverty.