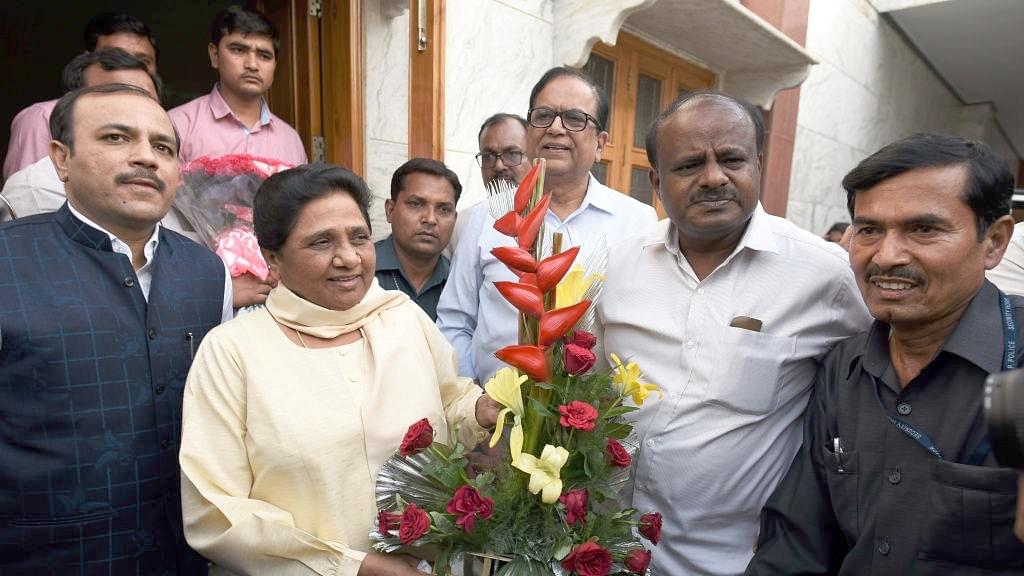 The Bahujan Samaj Party (BSP) supremo, Mayawati on 23 July expelled its lone MLA in the Karnataka Assembly, N Mahesh, after the latter abstained from voting on the trust vote held in the Assembly over the fate of JD(S)-Congress alliance government.

Cracking down on Mahesh, Mayawati tweeted, "Despite directions from party high command to vote in favour of H D Kumaraswamy, BSP MLA N Mahesh did not attend the trust vote and violated directions, which is an act of indiscipline. Party has taken this seriously and expelled him with immediate effect."

The trust vote held at the Vidhan Soudha in Bengaluru yesterday (23 July) marked the end of the JD(S)-Congress government in the state , with the coalition managing to gain just 99 votes in favour, while 105 votes stood against it being in power in the 221 member assembly.

The coalition government led by H D Kumaraswamy had come to power in May 2018 despite the Bharatiya Janata Party (BJP) having the largest chunk of seats, given the state had voted in a hung mandate.