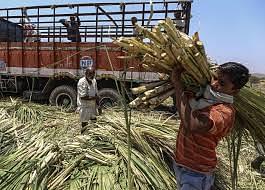 Mumbai-based Shree Renuka Sugars is set to expand its ethanol production capacity from 970-kilo per day to 1400-kilo per day by investing Rs 450 crores for the purpose.

Previously in February, the company had already permitted the manufacturing augmentation of ethanol from 720-kilo per day to 970-kilo per day.

The recent capacity expansion will be rounded up by October 2022 as the leading sugar company looks to tap upon the potentially rising demand of ethanol due to some recent government interventions.

The central government is targeting 20 per cent ethanol blending with petrol by 2025, which will mark a sharp rise from the current blending of 7.79 per cent.

“Considering this, the company sees a huge untapped demand for ethanol for the ethanol blending programme of the Government of India which can be of benefit to the company in the future,” Renuka Sugars’ statement was quoted in a report by the Economic Times.

Ethanol derived from sugarcane and other damaged food grains such as agriculture waste, broken rice and wheat is comparatively less polluting and gives an alternate source of income to farmers too.

Oil companies had spent around Rs 21,000 in procuring ethanol last year and this number is set to only shoot in the coming future to the aforementioned policy alterations.