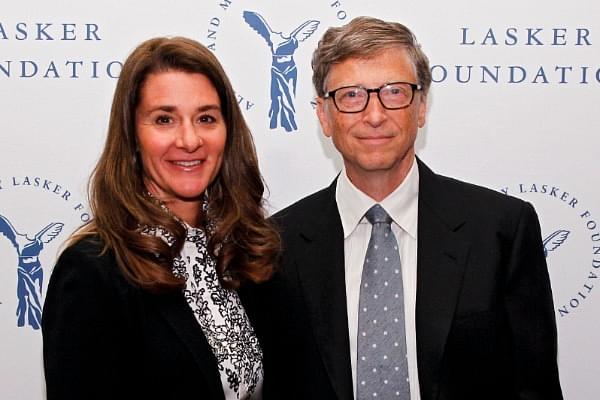 Melinda Gates, the co-founder of international philanthropic ‘Bill and Melinda Gates Foundation” has written a blog post in Times of India about her assessment of the Swachh Bharat Mission and her experiences while travelling in Khunti village in Jharkhand. Melinda Gates attributed the huge success of Swachh Bharat is to its ability to combines toilets and waste treatment with community mobilisation.

Earlier last year Microsoft founder and philanthropist Bill Gates had praised Prime Minister Narendra Modi’s ambitious plan to eradicate open defecation by 2019. He had lauded the Swachh Bharat Abhiyan for providing a big impetus in combating one of the biggest cause of death — poor hygiene.

Of the 1.7 million people worldwide who die from unsafe water, sanitation, and hygiene each year, more than 600,000 are in India, Gates had noted.

“What I love most about Clean India is that it identified a big problem, got everyone working on it, and is using measurement to show where things need to be done differently,” Gates wrote.

Bill and Melinda Gates Foundation is actively involved with the Swachh Bharat Mission. The foundation provides technical and management expertise in the implementation of the Mission, funds decentralised and non-sewered sanitation solutions, award grants to organisations selected by the Ministry for delivering sanitation services, release grant funds to grantees such as NGOs, public or private organisations annually, based on satisfactory performance in respect of milestones specified.

Here are five quotes that highlight the importance and success of Swachh Bharat Abhiyan from Melinda Gates blog:

“Anywhere people live without access to safe sanitation systems, there is a measurable impact on their lives and communities. Waste-borne illnesses contribute to the deaths of millions of children every year and leave millions more with lifelong consequences like stunting.”

2. The Number Of People With Access To Toilets Has Doubled

“In 2014, when Swachh Bharat began, only 42 per cent of Indians had access to proper sanitation. Today, that number has more than doubled. The country has built more than 85 million toilets, and 21 states have been declared open defecation free.”

“Sanitation initiatives often fail when they focus only on building new infrastructure or on changing human behaviour. India is succeeding because it addresses both.”

4. Safe Sanitation Messages Are All Over

“ Another reason for Swachh Bharat’s successes is that the country is combining toilet and waste treatment technologies with community mobilisation. Sanitation initiatives often fail when they focus only on building new infrastructure or on changing human behaviour. India is succeeding because it addresses both. Swachh Bharat has enlisted Bollywood stars, cricket players and everyday ambassadors to amplify the same safe sanitation messages brandished everywhere from public toilets to giant billboards to the currency that passes through their hands.”

“The data proves that Indians are responding, and that Swachh Bharat is truly a people’s movement.”