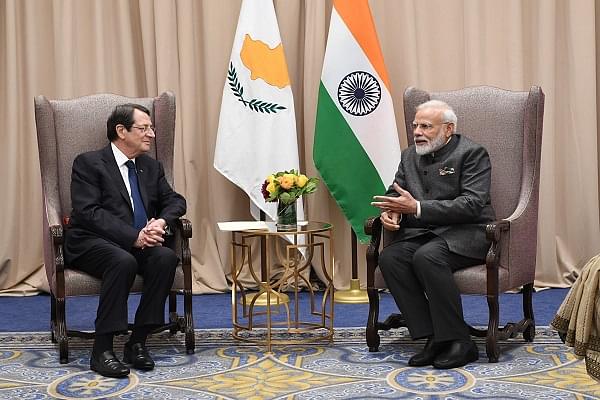 This comes at a time when Turkish President Recep Erdoğan has taken an increasingly pro-Pakistan position on the Kashmir issue, aligning his country’s stance on the same with the talking points used by Pakistan Prime Minister Imran Khan to whip up anti-India sentiment and separatism.

Most recently, Erdoğan brought up Kashmir during his UN General Assembly speech as well, making statements widely seen to be aiding Pakistan’s aim of internationalising the issue.

Modi’s decision to meet with the leaders of Armenia and Cyprus may be interpreted to be a hint to Erdoğan that if he keeps pushing his country towards a pro-Pakistan stance, then India will respond.

Both Cyprus and Armenia are neighbouring countries of Turkey and have had strained relations historically. Armenians accuse Turkey of playing down the mass killings of Armenians during the early 20th century in the Ottoman Empire/Republic of Turkey.

In 1974 Cyprus was invaded by Turkey and violently partitioned between a Turkish Cypriot controlled Northern Cyprus and the rest of the island controlled by Greek Cypriots, with the latter being recognised by the international community.