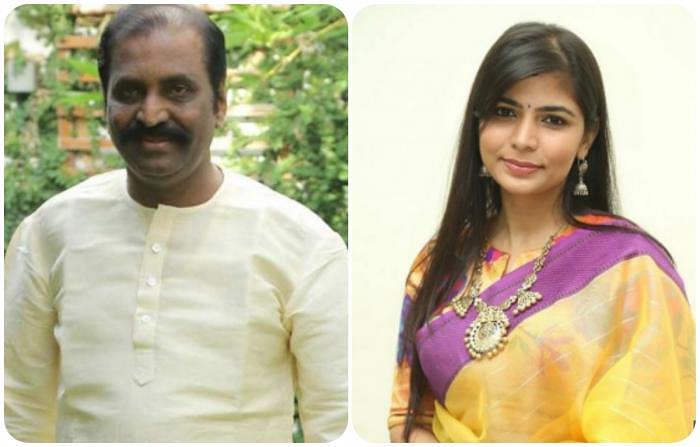 Playback singer and dubbing artiste Chinmayi Sripaada, who recently emerged as the most visible and articulate campaigner of the #MeToo movement, especially focused on outing predatory sexual behaviour in the Tamil movie industry, has been terminated from the Tamil Nadu dubbing union citing non-payment of ‘subscription fees’ for the past two years, says a report in The New Indian Express.

Chinmayi had, on an earlier occasion, expressed fear that her days as a dubbing artiste were numbered when she tweeted expressing solidarity with the women who outed Radha Ravi. “I can see my dubbing career go up in smoke now. He heads the dubbing union.”

In a series of tweets, Chinmayi, who is on a concert tour in the US , said though the decision to terminate her membership seems to have been taken ostensibly on the grounds of non-payment of subscription fees for two years, it hasn’t stopped the dubbing artistes union from taking 10 per cent of her dubbing income.

According to Tamil Film Industry rules if youâre not a member of the dubbing union they wont allow you to work. Considering no written communication, message was sent to me on past dues and with the membership terminated I wonder if I ll dub for a film again in Tamil.

I expected the first axe to go down from the dubbing union. I dont know yet if Iâll be given my membership back. Just a decision thatâs been taken without informing me that my membership is terminated. I am still on the much publicised concert tour in the US.

Anyway as of now it looks like â96 will be my last in Tamil. It is a good film to end my Tamil dubbing scene with if the termination were to continue.
Bye Bye!

Chinmaya mentioned that the recent film, 96 (in which she dubbed for Trisha Krishnan) will be her last film as a voice actor, if the termination were to continue. She went on to add that it's indeed a good film to end her Tamil dubbing career.
“According to the Tamil film industry rules, if you’re not a member of the dubbing union, they won’t allow you to work. Considering no written communication/message was sent to me on past dues, and with the membership terminated, I wonder if I will dub for a film again in Tamil,” she said.

She added, “I expected the first axe to go down from the dubbing union. I don’t know yet if I’ll be given my membership back.”