Minimum Fare For Maximum City’s Kids: Children Below 12 To Travel For Rs 5 On Weekends In Mumbai Metro 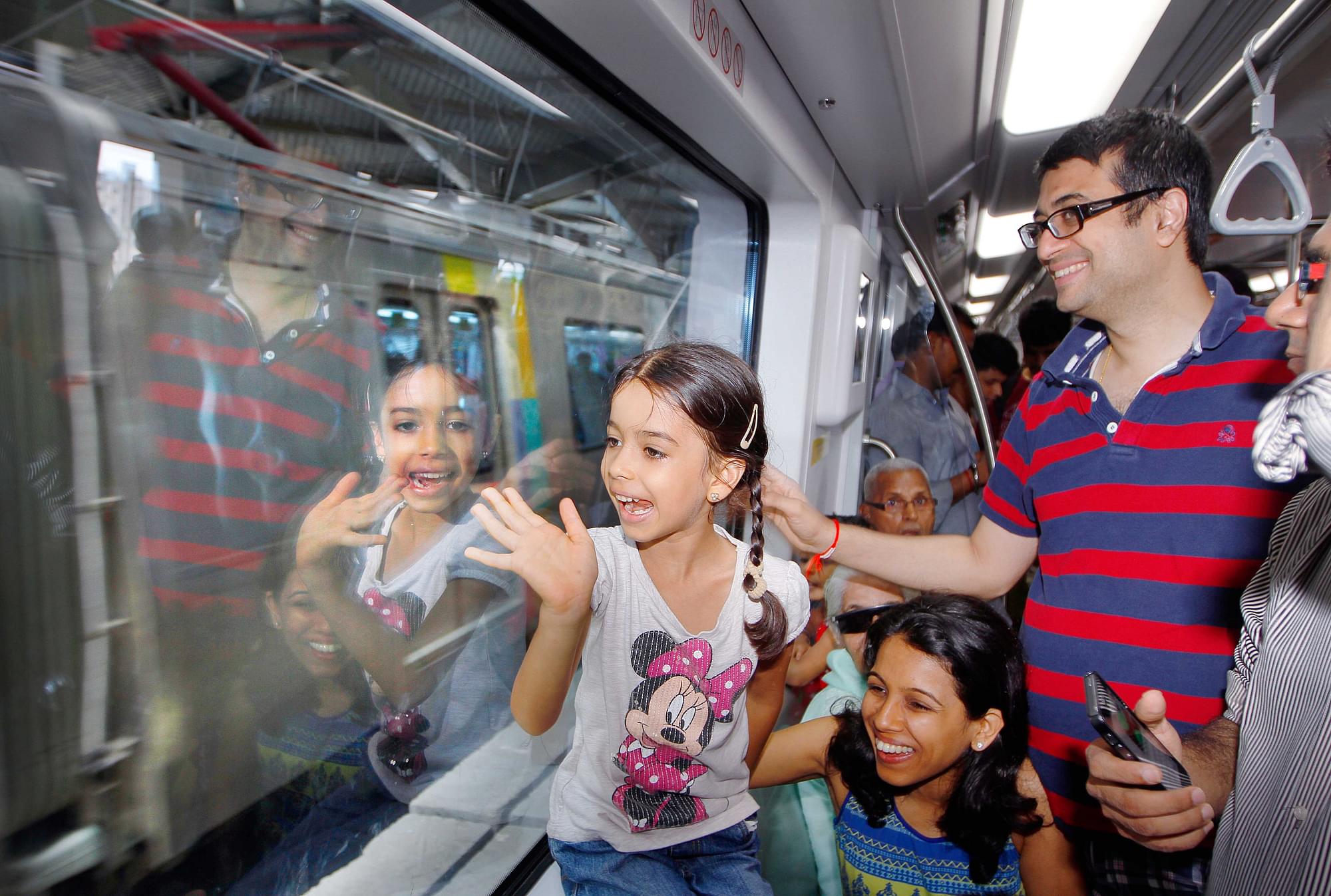 Mumbai Metro One Private Limited (MMOPL) has announced concessional fares for children aged below 12 with the fare being pegged at Rs 5 one way for trips undertaken over the weekend. The Reliance Infrastructure operated MMOPL has also announced that kids below 3 feet height would be allowed to travel free with their parents on the metro network.

The metro operator has undertaken this measure as they believe that children could become brand ambassadors for the metro network. A spokesperson for the metro operator stated that “we introduced this special fare for children on weekends so that they can experience the first Metro of Mumbai. Children being early adopters will become ambassadors when delighted by the services of the city’s Metro”.

On the issue of increase in the metro network’s fares, a new Fare Fixation Committee (FFC) is expected to be constituted which is as per the directions of the Bombay High Court which had declined an earlier recommendation for hike in fares.