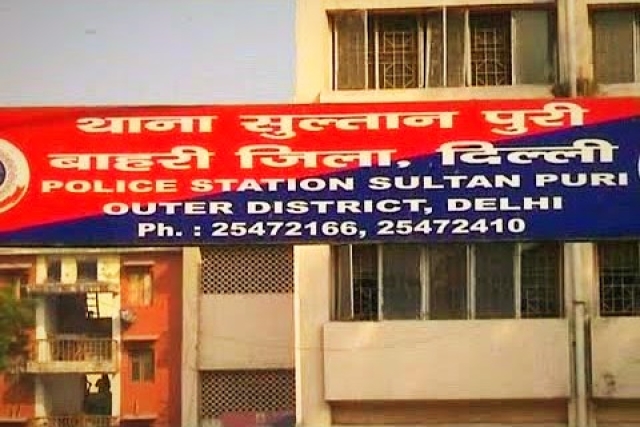 A minor girl belonging to the Dalit community has been missing from her residence in Sultanpuri area of New Delhi for two weeks. The family alleges that despite them naming an accused in the case based on eye-witness accounts – a neighbour named Saddam Ansari – the police did not mention his name in the first information report (FIR).

The girl’s mother told Swarajya that when she, along with two activists who are helping the victim’s family, questioned the police on why they did not mention the name of the accused and initiate investigations based on that, the police in turn accused them of giving the case a "communal colour". The family says that the officers told them that the girl must have eloped with her lover.

According to the family's statement in the FIR (a copy of which is with Swarajya), their 14-year-old daughter, a Class VIII student, went to school like any other day on 13 August but did not return home.

The minor girl's mother (Swarajya is withholding the name to protect identity) told Swarajya that her daughter was accompanied by her two sisters, both minors, on her way to school. "On their way, Saddam stopped the three. Since Saddam was a neighbour, this did not raise suspicion. But after talking to them for a while, Saddam asked the two elder daughters to leave. When they resisted, he threatened them with dire consequences. The girls came home and told me the whole story. My daughter has been missing since,” she said.

"Saddam is also missing from his house since that day," the mother said.

Satish Vaid, an activist, told Swarajya that he came to know about the case through social media and met the victim’s family on 22 August. "I was shocked to see in the FIR that the police had neither mentioned the accused's name nor attached documents that showed the victim was a minor," he said. "The police had not even invoked the SC/ST Act in the case despite the family telling them so," Vaid said.

The girl’s mother said, “when I went to the police station again with the activists, the SHO [station house officer] told us that we were trying to give the case a communal colour. All because we were insisting the accused be named as we had eye-witnesses in the form of my daughters.”

Vashi Sharma, another activist said, “all this while, they [the police] had neither booked the accused, nor initiated any investigation. It was only after our intervention that they even retrieved the call details of the victim.”

When Swarajya contacted investigating officer Dharam Singh on 27 August, he said he was in Bijnor to find the victim. The girl's present location has been traced to Bijnor in Uttar Pradesh, he said. When asked about the alleged police apathy in the case, he told us to contact SHO Anil Kumar instead. Swarajya tried calling Kumar several times but he disconnected the phone.

The girl's mother told Swarajya that their happens to be the only Hindu family in a Muslim-populated area, and they are very scared. "If I find my daughter, I will leave this area," she said.

The mother accused the police of humiliating them at every step. "When we asked them to carry out a search raid, they asked us for money for petrol. They know we are very poor," she said.

The mother also said that when she went again to the police station with the activists to provide them caste certificates, the officers refused to accept the documents.