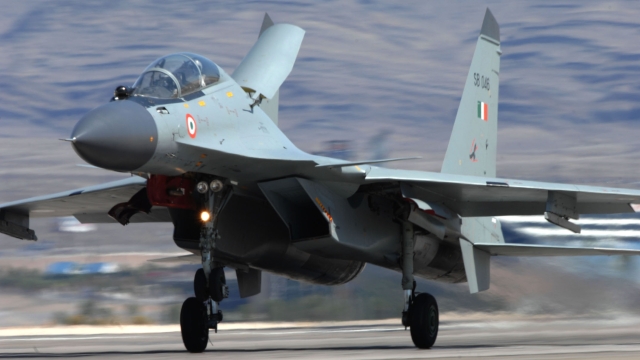 In a bid to safeguard Indian Air Force (IAF) fighters close to the border from enemy missile strikes or bombings, the Centre has given its nod for the construction of some 110 hardened shelters in border areas near both China and Pakistan, reports DefenceNews.

“The central government has cleared a project for the construction of around 110 hardened shelters also known as blast pens which protect the fighter planes from enemy missile or bomb attacks,” revealed government sources to ANI.

The project is going to cost more than Rs 5,000 crore, with the blast pens being constructed in phases at various air bases.

A major advantage of these new blast pens would be that frontline aircraft, such as the likes of the Sukhoi Su-30MKI, could be placed at forward bases without incurring the risk of the aircraft being damaged while they’re on the ground.

Till now, the IAF has had to keep such aircraft at rear locations while conducting operations close to the border with Pakistan.

During the 1965 war with Pakistan, the IAF lost a number of its aircraft as they were kept in the open; from then onwards, the force has been inclined to establish blast pens to protect its aircraft.

The blast pens are constructed with extremely thick concrete walls which have the ability to withstand heavy enemy strikes.