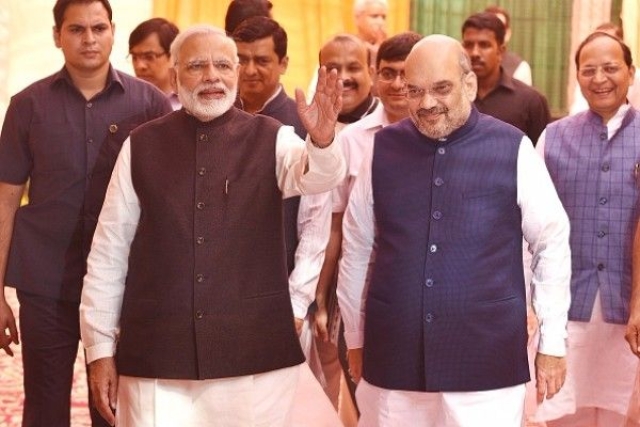 In a move that could have a massive impact on the polity of the Jammu and Kashmir, the Central government is mulling on lifting the freeze on delimitation in the state.

The move could result in increase in the representation of Jammu in the J&K assembly, thereby raising the prospects of the state getting its first Chief Minister, who does not hail from the Kashmir region. At present Kashmir sends more legislators to the J&K assembly than the Jammu.

According to a Times Now report, closed door meetings are being held in the home ministry in this regard. The Home Secretary is reportedly conferring with the J&K governor Satya Pal Malik. The Intelligence Bureau chief is also the part of the secret deliberations that are going on.

MEGA EXCLUSIVE | Massive move by Modi Sarkar, freeze on delimitation to end. Share of Jammu seats to rise. At present, Kashmir sends more MLAs to the House than Jammu. | @Rshivshankar and @deepduttajourno with details. | #HinduCMForJK pic.twitter.com/XHNRY6KqCT

As per the reports, Kashmir continues to dominate the polity of the Jammu and Kashmir due to the majority seats it has got in the state assembly.

BJP had been reportedly demanding for quite some time that the share of Jammu region should get its fair share in the assembly.