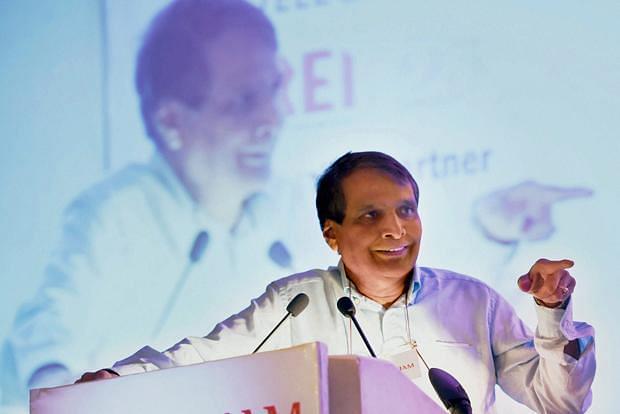 Commerce and Industry Minister Suresh Prabhu has said the new industrial policy that will seek to promote emerging sectors will be released early next year.

The proposed policy, the draft of which has been prepared by the Commerce and Industry Ministry, will completely revamp the Industrial Policy of 1991.

The draft policy is ready and the ministry is now planning to organise 8-9 roadshows to discuss it with all the stakeholders, the minister told PTI during an interview.

Among other things, the policy would endeavour to reduce regulations and bring in new industries currently in focus.

"We have to do three things in the new industrial policy. One is to reduce regulations. Why? Because the government cannot run industry... Number two is to promote modernisation of the existing industry as they are facing challenges. And number three will be to take into account the new emerging industry, which is not even seen today," he said.

The minister made a point that there is a need to see the impact of emerging sectors like artificial intelligence on jobs and how they would work in India.

Asked by what time the new policy would be made released, he said "sometime next year".

The Department of Industrial Policy and Promotion (DIPP) in August floated a draft industrial policy with the aim to create jobs for the next two decades, promote foreign technology transfer and attract $100 billion FDI annually.

The department is working to formulate an outcome oriented actionable policy that provides direction and charts a course of action for a globally competitive Indian industry that leverages skill, scale and technology. (PTI)