вҖҳModi Scared Even When We Are Only 25 CroreвҖҷ: Leader Who Invoked Killing Of Infidels In Battle Of Badr, Joins AAP 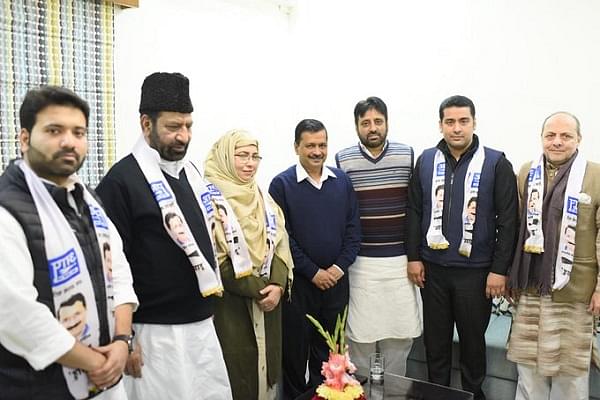 Former Congress MLA Shoaib Iqbal and who also served as the deputy leader in the Delhi Assembly joined the Aam Aadmi Party (AAP) on Thursday (9 January) in presence of party supremo Arvind Kejriwal, Times of India has reported.

This gave ammunition to the BJP to launch an attack on the AAP, as Mohammed Iqbal had recently courted controversy by giving an inflammatory speech during an anti-CAA protest.

A video of the same was earlier shared by BJP spokesperson Tajinder Bagga.

In the video Iqbal junior can be heard saying, вҖңThey might call you a Mota Bhai in Gujarat but we want to make it clear that we will not tolerate any interference in Shariat, and we are also willing to sacrifice our lives for itвҖқ.

вҖңWhy are they so afraid of Muslims, we merely number between 25 and 30 crore, still they are so scared. This is because they know that we are the Ummati of that AllahвҖҷs Rasool, whose army, numbering merely 313, defeated lakhs of infidelsвҖқ, he added.

This incident he is referring to pertains to the Battle of Badr in 624 CE wherein prophet Mohammed and fellow Muslims defeated an army of Meccans led by Abu al-Hakam, one of the Meccan polytheist pagans.

Following this defeat, the вҖңMeccan InfidelsвҖқ were converted en-masse to Islam.

BJP leader Sambit Patra launched a sharp attack on Iqbal and claimed that his sonвҖҷs inflammatory speech targeted Prime Minister Modi. He also alleged that Shoaib Iqbal too is a controversial figure in his own right and has pending cases pertaining to criminal intimidation, voluntarily causing hurt, robbery and dacoity.