‘Modi Should Retain Power, Or Things Would Nosedive’: L&T Chairman Describes 2019 Election As Modi Vs All 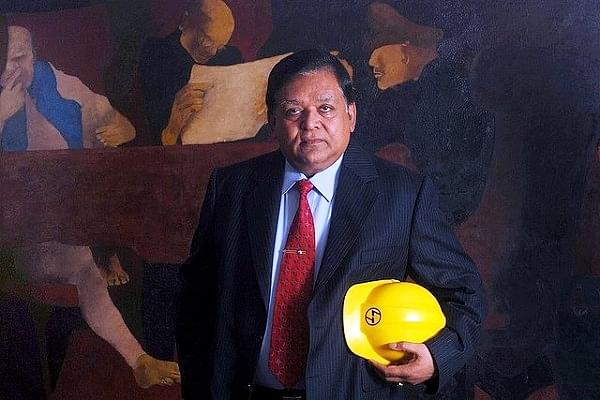 The group chairman of Larsen and Toubro (L&T) Anil Manibhai Naik has given a thumbs up to the Narendra Modi led NDA government by stating that it should retain power in 2019. He made the statement during an interview given to DNA.

When asked about L&T’s expectations from 2019 in light of the upcoming general election, Naik called the polls as different from previous years.

As per Naik, Modi is a “tough taskmaster with great capabilities”. He claimed that Modi has been pressured all around by the opposition which dislikes his work style.

Naik called the current Indian political situation as “Modi versus all” which as per him would make it tough for the incumbent Prime Minister.

He further commented that bearing the above factors in mind, Modi should retain power otherwise things would nosedive. He cited the example of past unstable governments when India got two new Prime Ministers in just six months.

He claimed that in another possible outcome Congress can win a maximum of 100-125 seats and they would have to take support from 12-15 parties to form the government. This, Naik asserted, would not be good for the country.