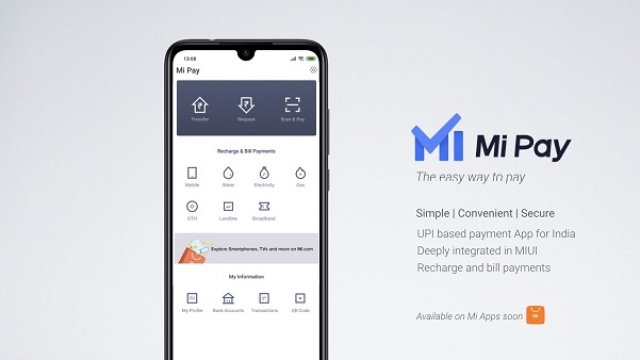 India’s highest selling smartphone brand Xiaomi has publicly launched its new payments app MiPay. After beta testing the app over a few months, the company has finally made it available for download in the Mi Store app.

MiPay enters into the already-crowded Indian digital payments market which is currently dominated by Paytm. Google Pay, Amazon Pay, Paypal, PhonePe and Mobikwik are some of the other contenders in the space.

The #MiPay app is a one-stop solution to all your payment needs. With Mi Pay, you can seamlessly split bills, transfer funds and request money all at the tap of a button.

The new service by Xiaomi will make extensive use of Unified Payment Interface (UPI) to ensure fast and secure transactions. The company in its presentation today (19 March) emphasised that it has complied with India’s data localisation requirements and that the Mi Pay app has gained National Payments Council of India’s (NPCI) approval.

It added that India’s second largest private sector lender ICICI Bank will function as the payment service provider for the Mi Pay app.

Xiaomi has also enabled deep integration between its smartphones and the app, thereby allowing users to send money directly to bank accounts from the SMS, Contacts and Scanner apps.

Much like other apps in the ecosystem, MiPay app can also be used to recharge mobile plans and pay your electricity, water and DTH bills.

Cashless transactions are on the rise in India with the country moving up by eight ranks in Economist Intelligence Unit’s (EIU) survey on adoption of e-payments. India was ranked thirty-sixth in 2011 while it is currently ranked twenty-eighth by the EIU. According to Credit Suisse, digital transactions will constitute a $1 trillion market in India by 2023.