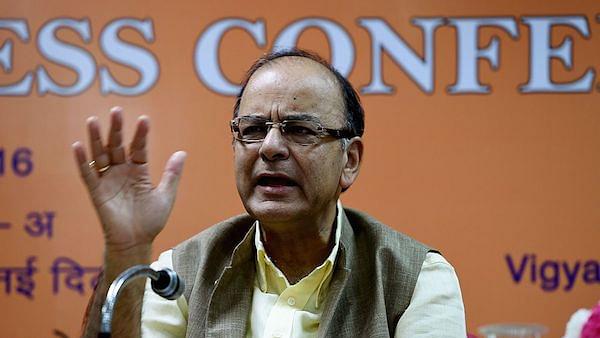 GST A Step Closer: The GST Council on Thursday paved the way for rolling out the new tax regime from July, clearing all legislations required for one of the most ambitious reform measures since Independence. The council, which met in the national capital, approved the state GST and the union territory GST bills. The bills will now have to be cleared by Parliament and state assemblies. “The GST council will be meeting on 31 March to frame rules for the Goods and Services tax regime,” said Finance Minister Arun Jaitley.

Election Commission Trashes EVM Tampering Charges: The Election Commission of India came out strongly in defence of the electronic voting machines (EVMs) on Thursday, describing allegations of tampering as “baseless”, “speculative” and “wild”. Bahujan Samaj Party chief Mayawati, Delhi Chief Minister Arvind Kejriwal and Former Uttarakhand Chief Minister Harish Rawat are among those who questioned the accuracy of the machines.

Health Policy Futuristic, Says Modi: The national health policy is a "futuristic" document which places the interests of the citizens foremost, Prime Minister Narendra Modi said on Thursday. The Prime Minister’s statement comes after the Cabinet gave the go-ahead for the policy. The policy addresses issues concerning universal healthcare coverage, reducing maternal and infant mortality rate as well as making drugs and diagnostics available free, at least in the public healthcare system of the country.

New Push For Green Urban Rides: In a bid to promote use of hybrid/electric vehicles and non-fossil fuels among others for public transport, the government is working on a Green Urban Mobility Scheme for transportation in 103 cities. “The proposal will be finalised after taking views from the concerned stakeholders. It will be implemented after the Cabinet approval," Minister of State for Urban Development Rao Inderjit Singh told Rajya Sabha on Thursday.

Ban On Zakir Naik’s IRF In National Interest, Says Delhi High Court: The Delhi High Court on Thursday held that the Centre's decision to ban Zakir Naik's Islamic Research Foundation (IRF) was taken to safeguard national security as it dismissed its plea challenging the ban. Holding that Naik's foundation's plea challenging the Centre's decision has "no merit", the court said the order of the government was "not arbitrary and illegal".

Taj Mahal On IS Hit-List: A pro-Islamic State (IS) media group has warned of attacks in India and published a graphic depicting the Taj Mahal as a possible target. Following the report, security was stepped up on Thursday at the iconic structure in Agra, and a security drill by Taj Mahal security personnel, police, teams from the bomb disposal squad was conducted at the monument. Agra will host the Taj Mahotsav, a 10-day festival, from 18 March.

Royal Go-Ahead For Brexit: Queen Elizabeth of Britain on Thursday gave her royal assent to the Brexit trigger bill, authorising Prime Minister Theresa May to begin the country’s exit negotiations from the European Union. The bill was passed by MPs and Lords in Parliament earlier this week. May will now be able to keep to her declared March-end timetable of informing the EU that Britain has invoked Article 50 of the Lisbon Treaty, which relates to leaving the 28-member economic bloc.

Letter Bomb Rocks IMF Paris Office: A letter bomb exploded at the Paris offices of the International Monetary Fund (IMF) on Thursday, injuring a secretary who suffered burns to her hands and face, police said. IMF chief Christine Lagarde condemned it as a "cowardly act of violence". Meanwhile, it is understood that the letter was sent from Greece. Greek intelligence officials are working on the assumption that the blast may have been orchestrated by an urban guerilla group that claimed responsibility for a parcel bomb sent to the German finance minister, Wolfgang Schauble, on Wednesday.

Can Uttar Pradesh Now Really Become India’s Uttam Pradesh? With the BJP now in power both in the state as well as nationally, it is well-positioned to address some of these structural challenges and achieve Modi’s vision of transforming Uttar Pradesh into India’s ‘best state’.

Four-Pronged Strategy Behind BJP’s Uttar Pradesh Election Victory: The BJP’s UP strategy can be split across four broad themes – the ingredients that mixed perfectly to dish out a spectacular victory in India’s most complex state, where the society’s fabric has several caste- and religion-based fault lines.

Job Creation Is Vital For A New India: India has enormous and diverse assets of natural beauty, heritage and culture, spread across all its states. Therefore, another sector where India has huge, insufficiently tapped potential for widespread generation of livelihoods is tourism and hospitality.

Uttar Pradesh Elections, Reforms And Growth: Notwithstanding the dramatically favourable UP election results despite demonetisation, it is unlikely that government will want to launch any major painful reform until after 2019.

Beware The Boycott: Thankfully, the fact that most of India’s IT and BPO majors sell to other large businesses and not directly to consumers lessens the impact of boycotts, which are usually mass movements that individuals are cajoled or inspired to participate in.

Post-UP, The Pseudo-Secular Space Is Shrinking, But Hindu Agenda Is Up For Grabs: The Hindu agenda is up for grabs, and the only reason why the BJP seems to gain from it is that the rival parties have not woken up to its potential.