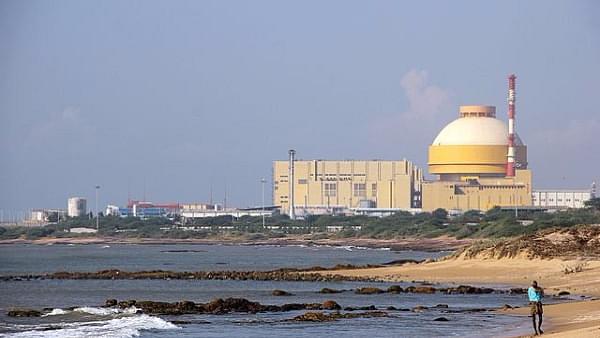 Power Push: Government Clears 10 Nuclear Reactors: In a major decision to fast-track India’s domestic nuclear power programme, the Union cabinet on Wednesday approved construction of 10 units of indigenous pressurised heavy water reactors. Union Power Minister Piyush Goyal on Wednesday said the development of nuclear power plants will create over 33,400 direct and indirect jobs, in addition to helping India achieve a state of self-sufficiency on the pathway to sustainable development. In another significant development the government gave its go ahead for the new coal linkage policy.

ICJ Ruling On Kulbhushan Jadhav Today: The International Court of Justice (ICJ) will today (Thursday) give its ruling on India’s appeal to stay the execution of Kulbhushan Jadhav, a former Indian Navy officer sentenced to death by a Pakistani military court for alleged espionage. The verdict will be announced at 3.30 pm Indian time, three days after the United Nations’ highest court in The Hague heard arguments by India and Pakistan. Pakistan says Jadhav, 46, was arrested in March last year in the restive Balochistan province. In April, a military court sentenced him to death for alleged involvement in spying and subversive activities. India has contended he was kidnapped from the Iranian port of Chabahar and his secret trial was a “farce”.

New ISRO Push For High-Speed Internet: A new era of high speed internet will dawn on India as Indian Space Research Organisation (ISRO) gears up to launch a series of three communication satellites – GSAT-19, GSAT-11 and GSAT-20 – in the next 18 months. “The next big launch will be GSAT-19. With this launch, we will begin a new age of communication satellites. It is also the beginning of high-throughput satellites (in India),” said Tapan Misra, director of Space Applications Centre, a crucial arm of ISRO that is developing satellite payloads. High-throughput satellites have been a game changer in the developed countries, providing internet connectivity many times faster, smoother and cheaper.

‘Fatwa Imam’ Barkati Sacked: Controversial Muslim cleric Noor-ur-Rehman Barkati, who has been in the news for issuing a fatwa against Prime Minister Narendra Modi and refusing to refrain from using red beacon on his car, was sacked on Wednesday as the shahi imam of Kolkata’s Tipu Sultan mosque. A meeting of the trustees of the 165-year-old mosque decided to remove ‘fatwa imam’ Barkati – considered close to West Bengal chief minister Mamata Banerjee – for “objectionable and inflammatory remarks against the country”. What prompted his sacking was threat of a jihad if India was declared a Hindu state.

Government May Ease FDI Norms In Print Media, Construction And Retail: If sources are to be believed, the government is moving ahead with further opening of print media, construction and retail sectors to foreign investments. They said detailed deliberations in this regard were held in the Finance Ministry on Wednesday, and the Commerce and Industry Ministry may soon approach the Union cabinet to get the final approval on the proposals. The government may also permit overseas retailers to open wholly-owned stores for selling ‘Made in India’ products only.

Infosys To Hire 20,000 Engineers: At a time when top information technology (IT) companies are talking of shedding jobs, Infosys, the second largest IT services firm in the country, said it will maintain its annual campus hiring at 20,000 this year. The company said it is looking at engineers with new skills such as digital and analytics. The Bengaluru-headquartered company will begin its annual campus hiring in September, an Infosys spokesperson said while confirming the number of job offers. Earlier this month, Infosys announced it would hire 10,000 in the US over the next two years and open four new technology and innovation hubs across the US.

Visakhapatnam Railway Station Cleanest, Darbhanga The Dirtiest: Union Railway Minister Suresh Prabhu released a report naming Visakhapatnam railway station in Andhra Pradesh as the cleanest among the 75 busiest stations in the country. It was followed by Secunderabad, Jammu, Vijayawada and Anand Vihar railway stations. The survey, conducted by the Quality Council of India, was based on criteria such as toilets on platforms, management of tracks and dustbins. The Darbhanga station in Bihar was rated as the dirtiest. This is the third survey conducted in line with the ministry’s ‘Swacchh Rail’ campaign.

New Law To Check Overstay In Official Accommodation: Government officers who overstay in official accommodation even after their term ends will have to pay heavy fines, with new amendments to the Public Premises (Eviction of Unauthorised Occupants) Act, 1971 getting the go-ahead from the Union cabinet. For instance, if they overstay beyond five months, they will have to pay up to Rs 10 lakh. About 70 officials continue to occupy government houses two years after their tenure in Delhi got over or they retired. All of them have moved court and got a stay. Now the amendments will ensure their eviction within three days after the stipulated time given to a former MP or a retired official is over.

Turning Down China: India’s reservations need to be looked at from the sovereignty perspective. It is probably the only country that didn’t find it virtuous or beneficial to join this mega alliance.

Managing India’s Electronic Waste: One of the important aspects of successful e-waste management in India is the ability of regulations to integrate the informal sector into the formal waste processing industry.

Depending On Their Policies, Emerging Markets Will Be The Next Driver In The Global Recovery: A slowdown in growth during the macro adjustment period has adversely affected corporate and banking sector balance-sheets in some EMs. As domestic demand continues to pick up against the backdrop of a better external environment, the group will be the main driver of growth in the ongoing global recovery.

A Tricky Path To India’s Solar-Powered Future: Developments in the solar space will help India meet its energy demand in a more environmentally sustainable manner. However, it remains to been seen as to how low the solar power tariff can go and whether producers are actually able to deliver at that rate on a sustainable basis.

Mockery Of Democracy Has Gone On Far Too Long In Bengal: The Election Commission of India must act now and frame a special set of safeguards to ensure free and fair polls in states like Bengal, and also Tripura and Kerala which share many political traits with Bengal.