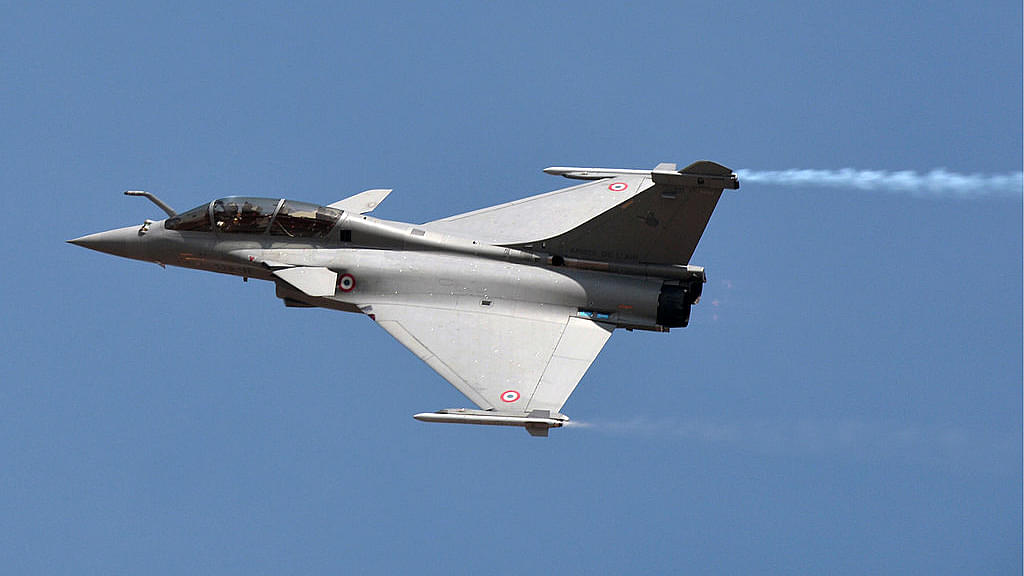 India Needs 200-250 Rafale Fighter Jets, Says IAF Chief Raha: Outgoing India Air Force (IAF) chief Arup Raha said India needs 200-250 Rafale fighter jets to maintain its combat edge over adversaries. In the backdrop of corruption charges against former IAF chief SP Tyagi, the Air Chief Marshal, who is set to retire on 31 December, said multiple agencies were involved in the procurement process and no one can pin the blame on one particular organisation or service.

Anil Baijal New Lt Governor Of Delhi: Career bureaucrat Anil Baijal was formally appointed as the next Lt Governor of Delhi, a post which has fallen vacant after the sudden resignation of Najeeb Jung. A 1969 batch IAS officer, Baijal had served as Union Home Secretary under the Atal Behari Vajpayee government besides holding key positions in other ministries.

Stage Set For NSE IPO: The National Stock Exchange (NSE) on Wednesday filed draft papers with market regulator Securities and Exchange Board of India for its much-awaited initial public offer (IPO), expected to be one of the biggest in recent times, with an estimated size of over Rs 10,000 crore.

Acharya Named Deputy Governor Of RBI: The Narendra Modi government has appointed Viral V Acharya, a professor of economics at New York University, as one of the Reserve Bank of India's (RBI) four deputy governors for a term of three years. The RBI had a vacancy for deputy governor after Urjit Patel was promoted to Governor earlier this year.

SP To Go It Alone In UP Polls: Samajwadi Party (SP) chief Mulayam Singh Yadav announced a list of 325 candidates for 2017 assembly elections. The list, which includes 176 seats where SP won in 2012 and 149 where it lost, also indicates that the party would go it alone in the forthcoming elections.

Fine Up To Rs 50,000 For Holding Old Notes: The Union Cabinet cleared an ordinance on Wednesday on demonetisation of old Rs 500 and Rs 1,000 notes, making their possession, transfer and distribution a punishable offence after 30 December. There will be specified fines ranging from Rs 5,000 to Rs 50,000 for continued possession of the demonetised notes.

Sasikala Set To Be Elected As AIADMK Chief: The crucial All India Anna Dravida Munnetra Kazhagam (AIADMK) general council meeting scheduled for Thursday is likely to elect V K Sasikala, close aide of former Tamil Nadu chief minister J Jayalalithaa, as the party general secretary. Having no opponents or other contestants to the post, Sasikala has no threat to her elevation to the top post.

Is The Naga Peace Deal Dead? Admitting this is tricky: there is simply too much loss of face involved, but the process has a default bug of failure. It’s just too darn complicated, this chess game of lives and futures.

Averting Water Wars In Asia: In the coming years, water scarcity could become Asia’s defining crisis. In this light, India must treat water as a strategic resource for its own well-being.

The Seven Disruptions Of Modi: Five, Including DeMo And GST, Underway; Two More To Go: If Modi is to permanently seal his place in the Hall of Disruptors, he must follow up with two major initiatives –fix the problem of political funding, and the Gangotri of all corruption – real estate.

2016 Was Bad, 2017 May Be Worse: Why The Congress Party May Be Looking At A Long Winter: The party would do well to heed the advice, don’t cut your nose to spite your face, as it struggles to find credible leadership and attempts to retain control of the opposition space.