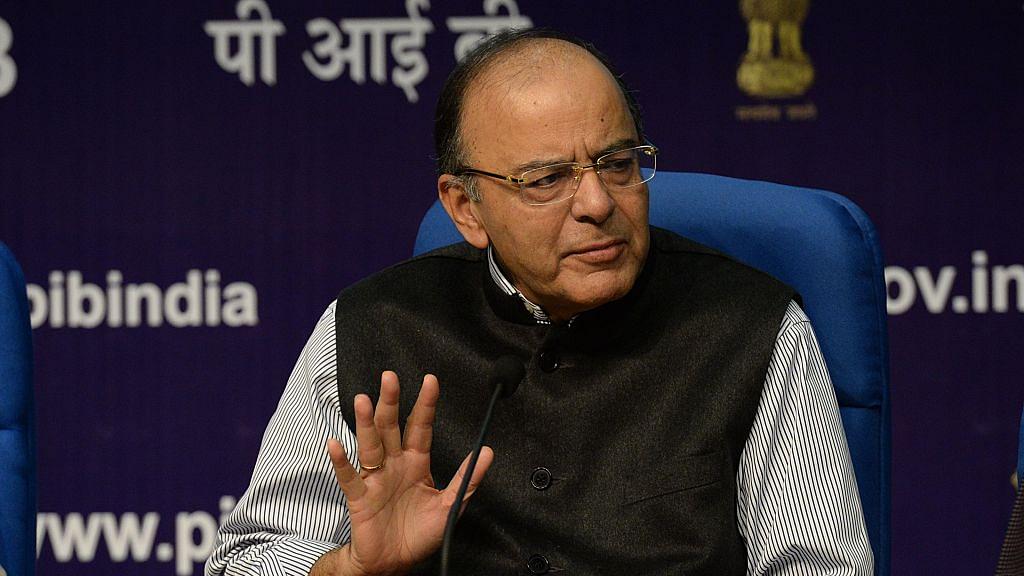 Government To Divest Stake In Five Insurance Firms: Finance Minister Arun Jaitley said five state-owned non-life insurance companies – Oriental Insurance Company, National Insurance Company, New India Assurance, United India Insurance and national reinsurer General Insurance Corporation of India – are set for public listing after the move to reform the sector was given the green light by the cabinet committee on economic affairs. The dilution of the government’s stake from 100 per cent to 75 per cent will take place either through issue of fresh equity or an offer for sale or through a combination of both.

Electronic Manufacturing Hub In The Making? The government is keen on making India an electronic manufacturing hub, Union Electronics and Information Technology Minister Ravi Shankar Prasad said on Wednesday. On the issue of Apple’s plans to set up manufacturing base in India, he said the government will "surely" consider the company's proposal with "open mind". In another development, Prasad said the Union Cabinet has given the go-ahead to a Law Ministry proposal to bring the Repealing and Amending Bill 2017, to scrap 105 redundant laws which have been clogging the statute books.

Consolidation Of Public Sector Banks May Be Delayed: Proposed consolidation of public sector banks and bringing down their numbers from 27 to about six may be put on the back burner, thanks to the demonetisation exercise. Instead, the government is now focusing on financial inclusion, said sources, and added that the consolidation process is not expected to see the light of the day before the next Lok Sabha elections in 2019.

Indian Army Soldiers To Get Modern Ballistic Helmets: Indian Army will finally get modern ballistic helmets to all its jawans fighting terrorism in Jammu and Kashmir and Northeast, after nearly two decades of waiting. In December, the Defence Ministry cleared the Army’s proposal to procure 1. 58 lakh ballistic helmets worth Rs 170-180 crore from an Indian firm, delivery of which can be expected from August, a senior ministry official said.

Perform Or Perish: After IPS, Now An IAS Officer Sacked For Non-Performance: Cracking hard on bureaucracy, the government sacked a senior Indian Administrative Service (IAS) officer on grounds of non-performance. In a similar action, Union Home Ministry on Tuesday sacked two senior Indian Police Service officers for alleged non-performance. Senior IAS officer K Narasimha has been sacked in "public interest" by the government for alleged non-performance, in a rare action against personnel belonging to the country's top service.

Jallikattu Ban: Protests rage, Panneerselvam To Meet Modi: Seizing the momentum arising out of the raging protests, Tamil Nadu Chief Minister O Panneerselvam said he would meet Prime Minister Narendra Modi in New Delhi on Thursday to press for promulgating an ordinance enabling the conduct of Jallikattu. A joint meeting of various Tamil outfits today called for a dawn to dusk bandh in support of Jallikattu in Puducherry on 20 January.

Manish Sisodia Under CBI Scanner Over Irregularities: The Central Bureau of Investigation (CBI) on Wednesday registered a preliminary inquiry against Delhi Deputy Chief Minister Manish Sisodia and others in connection with alleged irregularities in AAP government’s social media campaign “Talk to AK”. The CBI also lodged another inquiry against Saumya Jain, daughter of Delhi Health Minister Satyendar Jain, in connection with her appointment as in-charge of the Delhi government’s mohalla clinic project.

New Push To Prohibit Benami Transactions: Union Minister M Venkaiah Naidu said on Wednesday that the Centre will take steps to prohibit transaction of benami properties and unaccounted wealth stored in the form of gold. He said the government will soon operationalise a strong law to stop transaction of benami properties, vowing to carry forward the war against corruption and black money post-demonetisation.

Kerala High Court Says Alcohol Consumption Not A Fundamental Right: The Kerala High Court (HC) has ruled that consumption of alcohol is not a fundamental right, upholding the liquor policy adopted by the previous UDF government in the state. A division bench delivered the verdict on a writ petition filed by a Perumbavoor resident, challenging the liquor policy on the ground that there is no provision in the Abkari Act that empowers the government to prohibit liquor, even in a phased manner.

No Proof Required: Taxing Your Way To Popularity: The demonetisation policy has provided the stick for increased tax compliance – our proposed policy provides a much needed carrot, say Surjit S Bhalla and Arvind Virmani.

Making Indians Shift To Cashless Transactions: Making India cashless, is not a single-event change project. Shifting to a digital platform will call for a change in behaviour across many economic transaction contexts on a sustained basis.

To Levy A Service Charge, Or Not To: The lack of transparency isn’t only about service charge, but also the way service tax/abatement is computed, and VAT rates are used. In this backdrop, Bibek Debroy explains caveat emptor.

How E-Payments Can Prevent Cartelisation: Plugging data gaps and building databases both temporally and spatially are essential for detecting cartels. This enables the application of forensics and econometric techniques to pick out variations in patterns of trading.

Sovereign Digicoin: A Road Map For RBI: The emergence of, crypto currencies like Bitcoin, have led central banks around the world to develop a research agenda around digital currencies, both private and sovereign.

Privatisation Is Only Hope For Indian Railways; Time For Modi To Accept Reality: As long as Indian Railways remains in the state sector, it has no future. Instead of financing a bullet train, Modi must bite the bullet on privatisation.