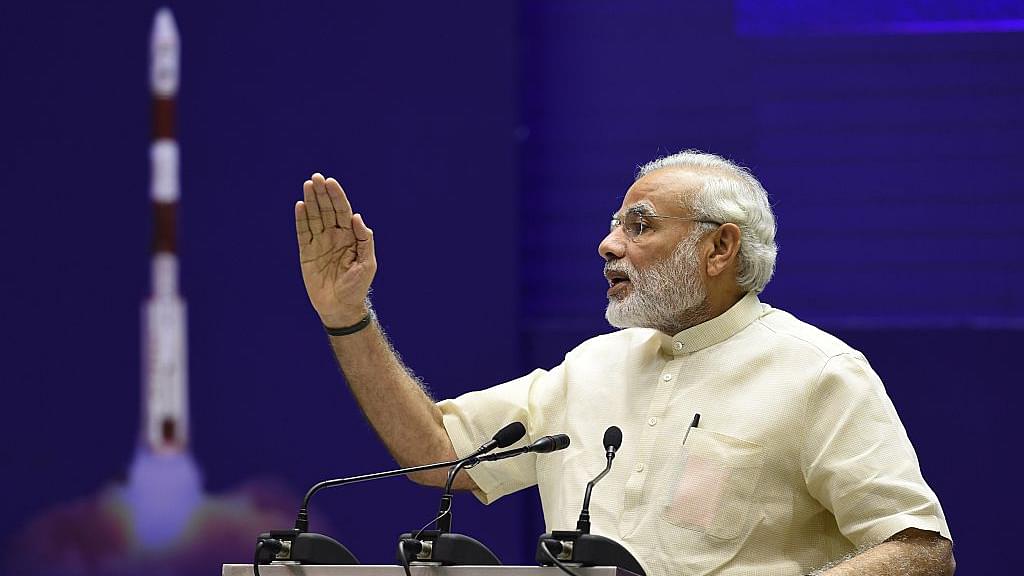 Invest in India, Call By Modi: Prime Minister Narendra Modi on Wednesday invited Asian corporates to invest in India saying it is an opportune time. While speaking through videoconferencing at the Economic Times Asian Business Leaders Conclave in Kuala Lumpur, he said cleaning the system from black money and corruption is “very high” on his agenda. Malaysia's Premier Najib Razak praised Modi for being a "good reformist".

Rajya Sabha Clears Disabilities Bill: The Rights of Persons with Disabilities Bill, 2014, which aims to secure and enhance the rights and entitlements of disabled persons, was passed by a voice vote after rare unanimity among the Opposition and treasury benches in Rajya Sabha.

BJP Dares Rahul Gandhi: Stung by Congress vice-president Rahul Gandhi's sensational charge of having information about Prime Minister Narendra Modi's "personal corruption", top ministers in the government on Wednesday dismissed the allegation as "false and baseless", insisting there cannot be a bigger "lie" than this. They dared Gandhi to make his charges against Modi public.

Warning Over Income Tax Returns Manipulation: Finance Ministry and the Income Tax department warned that any drastic alterations under a provision to revise income tax returns may attract strict action as people may try to misuse it post-demonetisation to declare their unaccounted cash.

Fed Raises Key Interest Rates: The US Federal Reserve raised key interest rates by 25 basis points to between 0.50 per cent and 0.75 per cent on Wednesday, its second such hike since last December. For India, the decision could not have come at a worse time, especially because it was accompanied by a statement that there will be more, and faster, increases in 2017.

Beijing Installs Weapons Systems In South China Sea: Citing new satellite imagery, a US think tank said on Wednesday that China appears to have installed weapons, including anti-aircraft and anti-missile systems, on all seven of the artificial islands it has built in the South China Sea.

Indra Nooyi Named In Trump's Advisory Council: US President-elect Donald Trump has added Pepsi’s Indian-American chief executive officer Indra Nooyi to a team of America’s top business leaders he set up to advise him on economic issues, including GM’s Mary Barra and Disney’s Bob Iger. Chennai-born Nooyi, 61, is the only Indian-origin executive in the 19-member President's Strategic and Policy Forum.

The Absolutism Of Demonetisation: Demonetisation appears to be the most ambitious and risky attempt to gain absolute power in the history of independent India.

Collateral Damage Of Demonetisation: Maybe going cashless is good in the long run. But the short-run pain is unconscionable, and much of it is borne by people who have little money, and none of it is black. They are the collateral damage in this quixotic battle.

With Russia Hand Rex Tillerson As Secretary Of State, Is Trump Changing US Geopolitical Rules? It seems clear that the Trump-Tillerson duo have the vision and expertise to pull off a paradigm shift. The main roadblocks will be the duo’s ability to deal with internal sabotage from the US State Department, something Nixon-Kissinger were always weary of.

Behind Obama’s Waiting Game: Obama’s strategy is to do something politically to arrest Trump’s impetuous affinity for President Putin.

Full Steam Ahead On E-Cash: Special Regulator For Payments Is Way To Go: India is on course for the use of less cash. We have demonetisation to thank for this sudden opportunity.

No ‘Poriborton’ Here: Muslim Cleric Calls For Stoning Of Bengal BJP Chief, Mamata Stays Silent: By remaining silent on Barkati’s fatwa against Dilip Ghosh, she has once again indulged in the shameless appeasement of an Islamist cleric who has violated the law of the land.

Demonetisation Ke Side-Benefits: Why Equity May Be King Of Assets In 2017: When retail consumer prices are benign, when economic stimuli are round the corner and when banks are lowering the cost of capital – stocks have nowhere to go but up.

RTE, Temples, Traditions And More: How The BJP Has Failed Hindu Causes: The BJP should not forget that it is able to sell the slogan of Sabka Saath, Sabka Vikas only on the strength of the Hindu vote. The BJP needs to fight its own mental colonisation before it can fight for Hindus.