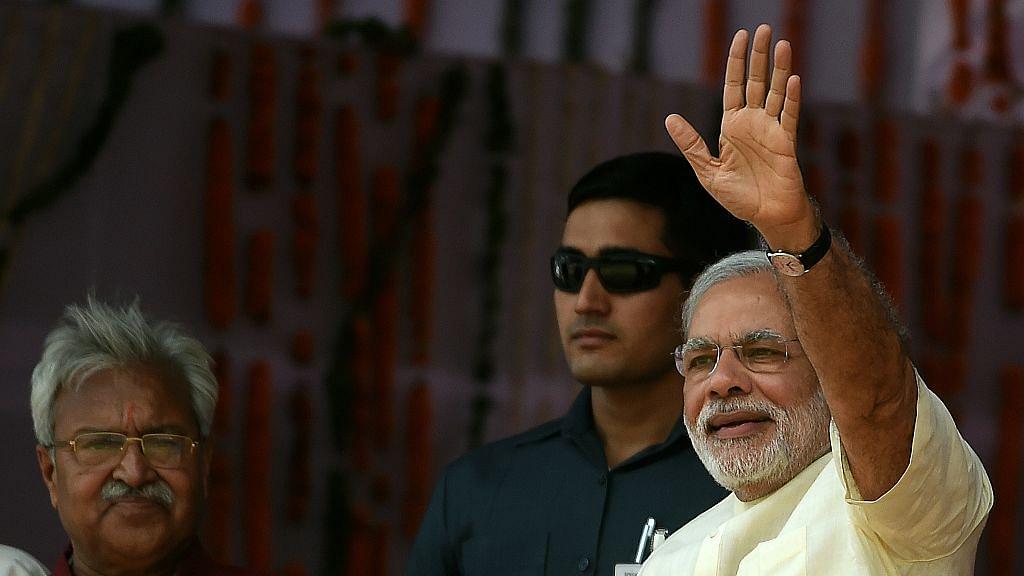 Modi Slams UP Government Over Discrimination: Prime Minister Narendra Modi on Sunday accused the Samajwadi Party (SP) government in Uttar Pradesh of indulging in discrimination. He said if a village gets a graveyard, it should get a cremation ground too; if there is electricity during Ramzan, it should be there on Diwali as well; and if there is electricity during Holi, it should be there on Eid too. Targeting the Akhilesh Yadav government on law and order, Modi said “goonda raj” prevails in the state and police stations have become the SP’s offices.

DMK Planning Hunger Strike On Wednesday: The Dravida Munnetra Kazhagam (DMK) has called for a hunger strike on 22 February at its district offices in the state, a day after its members were forcibly evicted from the Tamil Nadu Assembly. The decision was taken at a special meeting convened by DMK working president M K Stalin at the party headquarters. This comes after police registered an FIR against Stalin and members of the DMK for holding a protest at Marina beach on Saturday.

Eurofighter Typhoons Escort Jet Airways Flight After Mid-Air Scare: At least 330 passengers on board a London-bound Jet Airways flight from Mumbai experienced a major safety scare on 16 February when the aircraft lost contact with the local air traffic control tower for a few minutes. Two Eurofighter Typhoons from the German Air Force were sent to intercept the Jet flight after all efforts by the local air traffic control tower to establish communication failed. But officials said the contact was restored by the time the fighter jets were airborne.

Panel Backs Hindi And Regional Languages For High Court Proceedings: The Centre need not consult the judiciary on introducing Hindi and regional languages in higher courts, a parliamentary panel has said. “Scheduled languages other than English may be permitted to be used in the high courts, provided it is demanded by the state government concerned," the department-related standing committee on Law and Personnel said. At present, proceedings are held and orders are delivered in English in the Supreme Court and the 24 high courts of the country.

ISRO Scientist Sees Moon Fulfilling India’s Energy Needs: An Indian Space Research Organisation (ISRO) scientist has said that the country may be able to meet all its energy requirements from resources on the moon by 2030. Sivathanu Pillai, a distinguished professor at ISRO, said that all of India's energy requirements can be met through Helium-3 mined from the moon. Pillai, a former chief of BrahMos Aerospace, said other countries are also working on the project and there is enough helium on the moon, which can meet the energy requirements of the world.

EPF Withdrawals Set To Go Online: By May this year, Employees' Provident Fund Organisation (EPFO) is expected to launch an online facility for settlement of claims, including EPF withdrawal and pension fixation, in a move to put an end to tedious paper work by its members. "We may introduce the facility for online submission of all types of applications and claims like EPF withdrawal and pension settlement by May this year," EPFO's Central Provident Fund Commissioner V P Joy said.

Bank Accounts Of Children Under I-T Scanner: Income tax authorities will now scrutinise bank accounts in the name of children and a sudden surge of balance in them in the weeks after 8 November demonetisation. Swollen zero balance Jan Dhan accounts will also come under the scanner as the I-T department is preparing to send emails to assessees whose deposits do not match their tax-paying profile.

Passports From Post Offices: Under an ambitious external affairs ministry initiative, people in select cities will be able to apply for passports in post offices. The move, from next month, is aimed at making the passport issuance process hassle-free and ease burden on passport offices across the country. In the first phase, passport services will be available in select post offices in Rajasthan, West Bengal, Tamil Nadu, Karnataka, Jharkhand and some other states.

Rs 140 Crore Loss From Tirupati Laddu: Subsidised price and free distribution of the mouth-watering Tirupati laddu has caused an annual loss of more than Rs 140 crore to the administration of Lord Venkateswara hill shrine over the last three years. Temple sources said the most sought-after sweet has been sold by the Tirumala Tirupati Devasthanam at a price of Rs 25 per piece for the last 11 years, while the actual cost was about Rs 32.50.

Bill Gates Bats For Taxing Robots: Microsoft co-founder and philanthropist Bill Gates has said that robots that steal human jobs should pay taxes. "Certainly there will be taxes that relate to automation. Right now, the human worker who does, say, $50,000 worth of work in a factory, that income is taxed and you get income tax, social security tax, all those things," Gates said and added that if a robot comes in to do the same thing, you'd think that we'd tax the robot at a similar level.

SpaceX Launches Falcon 9 From Historic NASA Pad: Using National Aeronautics and Space Administration’s (NASA’s) historic pad 39A, a SpaceX Falcon 9 rocket blasted off from the Kennedy Space Center on Sunday, boosting a Dragon cargo ship into orbit to deliver nearly 5,500 pounds of equipment, supplies research material to the International Space Station. It succeeded in landing itself back on the ground nine minutes later. Liftoff came a day late because of a problem with the rocket’s second stage steering system that stopped the countdown on Saturday just 13 seconds before launch.

There’s Enough Opportunity For India Once It Looks Beyond H-1B Visa Limits: Rather than coming across as incremental, innovative visa-keepers and seekers, a bolder rebranding of India may be a better and effective way to shake off old baggage to deal with new America.

Shouldn’t Political Parties Have A Succession Plan? Look at it any which way, it is time political parties looked at succession planning. The lack of a succession plan in politics encourages the creation of a coterie around the supreme leader or an extended family network around the incumbent.

Women In An Unorthodox Democracy: Voting percentage for women have increased in ongoing assembly polls but their participation as candidates and the possibilities of their victory are shamefully low.

Shadows In Trumpland: The 2016 US presidential elections have brought the collective American unconscious into sharp relief. Americans have to confront the collective shadow which is infiltrating their political discourse, if they want to lessen the antagonism between groups evident today.

How Congress Is Jeopardising India’s Security Interests By Opposing Modi Government’s Enemy Property Act: The Congress and its allies have been opposing amendments proposed to the Enemy Property Act arguing that it hurts Indian citizens. The opposition should ask itself why they are willing to sacrifice national security for electoral politics.