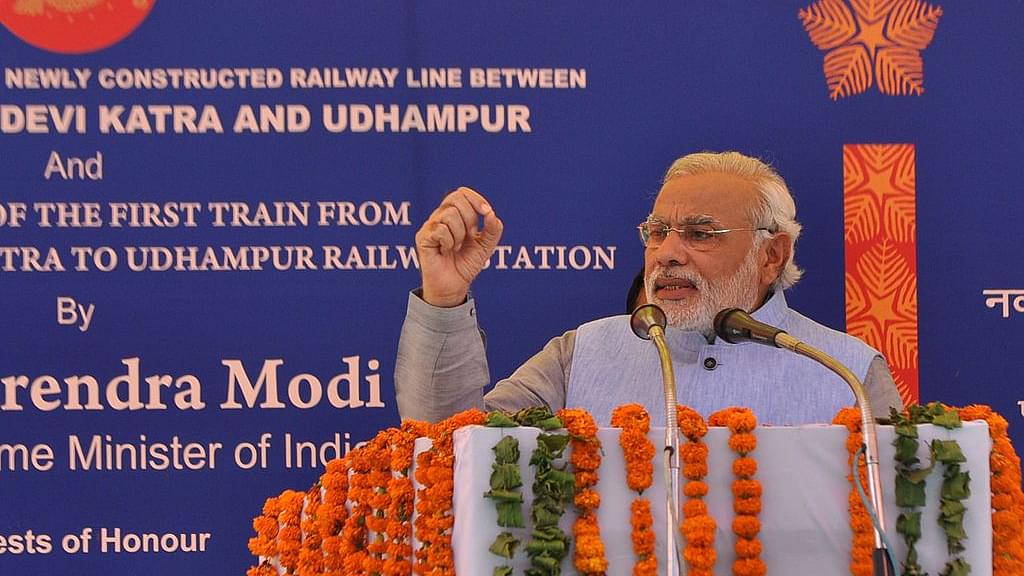 Modi To Highlight Demonetisation Gains: To spell out post-demonetisation roadmap, Prime Minister Narendra Modi will deliver an address to the nation on Saturday listing out measures like creation of a cleaner economy, which will restrict generation of black money. He is expected to promise relief to common people, farmers and small traders.

Sharp Jump In Tax Collection After Note Ban, Says Jaitley: Rubbishing critics, Finance Minister Arun Jaitley said on Thursday that there had been a sharp jump in tax collections and economic activity after demonetisation was introduced on 8 November. Jaitley said that the move has greatly benefitted the economy, with a double-digit increase in tax collection figures.

PSU Banks Bad Debts Alert By RBI: The Reserve Bank of India (RBI) on Thursday published its financial stability report, raising red flags about the health of the banking sector. RBI said overall, India’s financial system remains stable, but the stress on banking sector, particularly on the public sector banks “remain significant”. Lauding the goods and services tax and demonetisation initiative, the RBI said these moves can transform the economy.

Rs 4,172 Crore Undisclosed Income Detected: As part of its country-wide operations against black money hoarders post demonetisation, the Income Tax Department has detected more than Rs 4,172 crore in undisclosed income while new notes worth Rs 105 crore have been seized. Sources said tax officials carried out a total of 983 search, survey and enquiry operations since 8 November.

Akhilesh Yadav Releases New List Of Candidates For UP Polls: A day after Samajwadi Party supremo Mulayam Singh Yadav released the official list of 325 candidates for the UP assembly election, his son and Uttar Pradesh chief minister Akhilesh Yadav on Thursday released his own list of 235 candidates. The move comes after Akhilesh loyalists were denied tickets by Mulayam Singh Yadav, who also ruled out projecting Akhilesh as the party's chief ministerial candidate.

Sasikala On A Sticky Wicket: The All India Anna Dravida Munnetra Kazhagam (AIADMK) general council meeting on Thursday handed over the party leadership to V K Sasikala, the close aide of late leader J Jayalalithaa. Meanwhile, the Madras High Court expressed doubts over the death of Jayalalithaa in response to a petition filed by a member of her party. “Why can’t we exhume her body?” asked a bench.

Apple To Produce iPhones In Bengaluru: Apple is planning to produce iPhones in Bengaluru for the Indian market. Wistron, a Taiwanese OEM maker for Apple, is setting up a facility in Peenya, the city's industrial hub, to manufacture iPhones. According to sources, the facility will start production from next April.

US Imposes Sanctions On Russia Over Cyber Attacks: President Barack Obama sanctioned Russian government intelligence agencies and expelled 35 suspected Russian intelligence operatives from the US in what he called a partial response to Russia’s alleged use of cyberattacks to interfere with the US presidential election.

As Yadav Family Feud Erupts Again, Only A Miracle Can Help SP Win Uttar Pradesh: Dynasties are usually discouraged in democratic set ups as it stifles internal democracy. But here, it is flagrant within the ruling family.

Signifying Nothing: For yet another year, Rahul Gandhi has been everywhere but the Congress is nowhere in sight. Rahul Gandhi’s hyperactivity only conceals the larger malady: His party still lacks a plan.

The Situation Demands That Water Needs To Be Treated As A Limited Precious Commodity: The largest gain in the water sector comes from the independent regulatory system. Experiments to create competition at the distribution level have largely failed.

Three Ugly Truths Unveiled By DeMo Chaos: Poor State Capacity, Compromised System And Trust Deficit: When big moves like demonetisation are introduced, a lot more planning must go into it to prevent flawed implementation. The state has a long way to go before it earns the trust of its citizens enough to wean them off cash.

Jobs For Kannadigas: Is Reservation In The Private Sector The Right Approach? Kannadigas say doing business is tough now, and doing it ethically, is even tougher. So the solution, perhaps, lies in the ease of doing business to encourage local entrepreneurship, and not reservation.

Why India Must Not Fail Santhi Soundarajan: Perhaps an Indian rakhi can stir a response for the honour of India, which was deprived by the colonial notion of fixed genders.