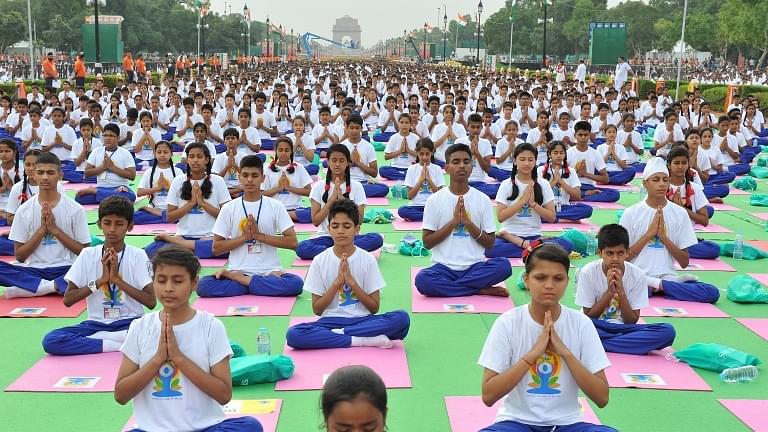 International Yoga Day Today: Stage is set for the third International Yoga Day today (Wednesday) with Prime Minister Narendra Modi leading the celebrations along with over 55,000 participants in Lucknow. From Central Park in the Connaught Place to Central Park in New York, celebrations will take place in 150 countries with Indian missions coordinating activities in landmark places such as Eiffel Tower in Paris, Trafalgar Square in London and Central Park in New York. The Ramamani Iyengar Yoga Institute of Pune has been selected as the first recipient of the PM's award for outstanding contribution for promotion and development of yoga.

Indian Airlines Set To Add 800 New Aircraft: Indian airlines flew more than one crore people last month. This figure is set to see significant jump as more than 800 new aircraft are likely to enter the Indian aviation market that has been seeing a double digit growth. Airlines in India currently operate nearly 500 aircraft, and carriers like SpiceJet, IndiGo, GoAir and Jet Airways have plans or firmed up orders for over 800 new planes, including a good number of smaller aircraft. Domestic air traffic has been growing in double digits for more than two years and touched a peak of 25.13 per cent in January this year.

Presidential Polls: Opposition Likely To Field Candidate: The Opposition parties are likely to field a candidate for the presidential election, with Communist Party of India leader D Raja confirming that deliberations were underway to decide on a consensus candidate. The Left is reportedly open to the idea of supporting Meira Kumar or Sushil Kumar Shinde in the election. The opposition parties will be meeting on 22 June at 4.30 pm to discuss the future course of action. Meanwhile, Shiv Sena chief Uddhav Thackeray on Tuesday announced the party’s support to National Democratic Alliance candidate Ram Nath Kovind for the post of president.

Karnan Arrested In Coimbatore: Former Kolkata High Court judge Justice C S Karnan, who had triggered an unprecedented face-off in the judiciary over alleged corruption, was arrested in Coimbatore on Tuesday, more than a month after he became the first judicial officer to retire as a fugitive. Karnan was sentenced to serve a six-month jail term by the Supreme Court on 9 May for contempt of court. He was a serving judge then but went into hiding within a couple of days. Three teams of West Bengal police arrested him from a private resort in Tamil Nadu, his home state.

Clean Ganga Drive: Keeping Polluting Industries At Bay: As part of the central government’s ambitious drive to clean Ganga, the Uttar Pradesh government is planning to shift water-polluting industries away from the river. The Yogi Adityanath government has drawn up plans to move such industries, which are a major source of pollution to the river, state government spokesperson and Power Minister Shrikant Sharma said. “The shifted industries will be provided with treated water from the sewage treatment plants. It will also help in augmenting water supply to households,” he said.

Kumble Steps Down As India’s Cricket Coach: Anil Kumble has resigned as India’s cricket coach after leading the team for a little over a year. The former India spinner and captain did not travel with the team to West Indies where the men in blue are scheduled to play a series. Anil Kumble said that he was informed of captain Virat Kohli's reservations with his style and "continuing as head coach" of the Indian cricket team. He said that the misunderstandings between him and Kohli meant that their partnership was "untenable".

US U-Turn On Qatar Stand-Off: The US administration has issued a stinging criticism to Saudi Arabia and its Gulf allies saying they had failed to come up with a justification for the embargo they imposed on Qatar earlier this month. The public and blunt criticism of Saudi and the United Arab Emirates marked a sharp about-turn from Donald Trump’s wholehearted backing for the embargo, and his accusations of terrorist funding against Qatar. It follows an increasing pattern in which the state and defence departments have pursued policies abroad that are far removed from Trump’s rhetoric.

Pakistan Starts Fencing Afghan Border: Pakistan has launched the fencing work along the whole Pakistan-Afghanistan border or Durand Line, despite Kabul’s strong reservations. The work will be completed in two phases with high infiltration areas like Bajaur, Mohmand and Khyber Agencies are being taken in the first phase, said Pakistan Army spokesperson Major General Asif Ghafoor. According to his Facebook post, Ghafoor said, besides building up the fence, the Pakistan Army is also building new posts and forts to further beef up the security measures. It is part of Operation Radd ul Fasaad, Pakistan Army's countrywide anti-terror operation, and has been ordered by Army Chief General Qamar Javed Bahwa.

Clean Energy Can Cement Indo-US Ties: US energy demand is generally flat, but total energy demand in India may grow about 7 per cent annually. India knows – and the Donald Trump team has emphasised – that a reliable energy system is one that has a diversity of energy sources, including coal.

Countering China’s Land Grab: The true sign of Himalayan peace will not be the holstering of guns, but rather the end of border incursions. India’s accommodating approach has failed to deter China. To halt further encroachments, India will need to bare its own teeth.

India’s Money Illusion Problem: The Indian economy is not yet out of the woods but the money illusion is making the situation seem worse than it is. The recent drop in India’s inflation provides an excellent opportunity to think more clearly on the old problem of nominal versus real variables in an economy.

Elon Musk’s Mars Dream Is Worth Rooting For: Elon Musk’s vision of a Mars colony, which would keep humanity alive if some catastrophe wiped out life on Earth, is a city of one million people. Science fiction-like projects help maintain investor faith in Elon Musk’s commercial ventures, particularly in Tesla.

Shiv Sena On Road To Irrelevance: It’s Posture On BJP President Nominee Makes No Sense: By defining itself as anti-whatever-the-BJP-stands-for, the Sena is on the same self-destructive course as Pakistan. Destruction of India gives Pakistan greater pleasure than building itself. Does Uddhav Thackeray want to fall into the same self-defeating trap?