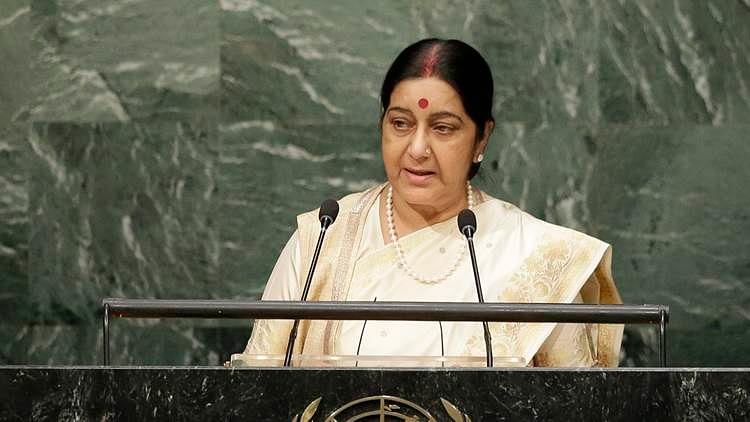 Green Light For Draft National Policy For Women: A draft national policy for women, which proposes free education for girls from economically weak families, was given the go ahead by a group of ministers headed by External Affairs Minister Sushma Swaraj. The draft National Policy for Women 2017 also proposes that a woman accused of a non-heinous crime should be given bail. The move is likely to help women from economically weak families who are accused of petty crimes and cannot afford bail, a spokesperson for the Women and Child Development Ministry said. The policy document will now be sent to the Cabinet for review.

No GST On Free Food At Religious Places: The Union government on Tuesday said that all free food supplied at religious institutions is exempt from the goods and services tax (GST). The Finance Ministry further added that prasadam supplied by religious places like temples, mosques, churches, gurudwaras, dargahs, etc attracts no CGST and SGST or IGST, as the case may be. However, the government added that some of the inputs and input services-such as sugar, vegetable edible oils, ghee, butter, and the service for transportation of these goods – required for making prasadam are subject to GST.

National ‘No-Fly’ List: Minister of State for Civil Aviation Jayant Sinha has said that the government is working on creating a national ‘no-fly list’, which will apply to all citizens, irrespective of their “position” in society. “Safety is of paramount concern to us. Nowhere else in the world has this type of a no-fly list been created. This will apply to all citizens of India, no matter what their role or position is, as safety applies to everyone,” he said. About international connectivity to Coimbatore, the Union Minister said the government will see how the city can be connected to more international routes considering it is an industrial city.

UP Budget Targets 10 Per Cent Growth: The Uttar Pradesh (UP) government on Tuesday presented its first annual budget, which targets 10 per cent growth in the next five years. The size of the budget, which was presented by state Finance Minister Rajesh Agarwal, was 10.9 per cent more than the previous year's state budget. The government has taken a slew of measures to support backward classes, poor students, and strengthen education system. The tax-free budget provided for Rs 36,000 crore for payment of crop loan outstanding against small and marginal farmers. The government has also allocated nearly Rs 1,240 crore for developing the Ramayana tourist circuit in Ayodhya, Buddhist Circuit in Sarnath and Krishna Circuit in Mathura under the Centre’s Swadesh Darshan Yojana.

IB Raises Concerns Over 100 Per Cent FDI In Aviation: The government’s proposal to allow 100 per cent foreign direct investment (FDI) in local airlines hit a roadblock after the Intelligence Bureau (IB) raised serious concerns citing security issues. The concerns were raised during a meeting chaired by home secretary Rajiv Mehrishi which was attended by senior officials from the civil aviation ministry and the IB. According to a source, the IB is of the view that foreign players should not be allowed to have 100 per cent stake in domestic airlines as aviation is a “highly sensitive sector”. The IB is also reported to have said that even developed countries like the US and Canada have permitted foreign entities to have only up to 25 per cent stake in their respective domestic carriers.

Come Clean On Corruption Charges Call To RJD: The ruling alliance in Bihar appeared headed for a major crisis, with a senior Janata Dal (United) leader saying that partner Rashtriya Janata Dal (RJD) has four days to dispel corruption allegations against Deputy Chief Minister Tejashwi Yadav and his father Lalu Prasad Yadav. This comes amid mounting pressure on Chief Minister Nitish Kumar to sack Tejashwi, who along with Lalu is facing charges in an alleged land-for-hotels scandal. Kumar asked Tejashwi Yadav to give a “fact-wise reply in public” to the corruption charges hurled at him but said the ruling grand alliance won’t break.

Abu Bakr Al Baghdadi Killed, Confirms Syrian Observatory: The Syrian Observatory for Human Rights has said that it had "confirmed information" that Islamic State leader Abu Bakr Al Baghdadi has been killed. The report came just days after the Iraqi army recaptured the last sectors of the northern Iraqi city of Mosul, which Baghdadi's forces overran almost exactly three years ago. Russia's Defence Ministry had earlier claimed that it might have killed Baghdadi when one of its air strikes hit a gathering of Islamic State commanders on the outskirts of the Syrian city of Raqqa.

If India Does Not Lift Its Capital Stock, It Will Risk Being Trapped As A Middle-Income Economy: India urgently needs a strong and clear fiscal management plan, and a strong and binding law with all political parties coming together to commit to a hard fiscal constraint to secure India’s transition to high income society.

Why India Must Have A New Textile Policy: Textiles, along with agriculture, construction and tourism, has large-scale job creation potential. We need a national textile policy document, an articulation much like the national telecom policy of 1999.

The Chinese Encirclement: Within And Without: What seems to have gone unnoticed is an insidious Chinese creep within the Indian trade, business and financial landscape. The recent geopolitical dispute highlights the fraught and schizophrenic nature of the India-China relationship.

Using A Regulatory Sandbox For Fintech: Fintech offerings remain primarily accessible only to “elite India”. Given the rapid pace of innovation, regulators need to adopt such a ‘test and learn’ approach to stay ahead of the curve.

Is the Indian smartphone market ripe for a new leader? Starting 1 July, India imposed a 10 per cent basic customs duty on smartphones. As the smartphone market in India starts consolidating in the face of intense competition as well as the launch of low-cost 4G feature phones, there is scope for new leadership.

Amarnath Pilgrims Attacked: The Yatra Must, And Must, Go On: Innocent yatris, women and children if targeted, will have a further negative effect on the state of inter-faith harmony in the rest of India.