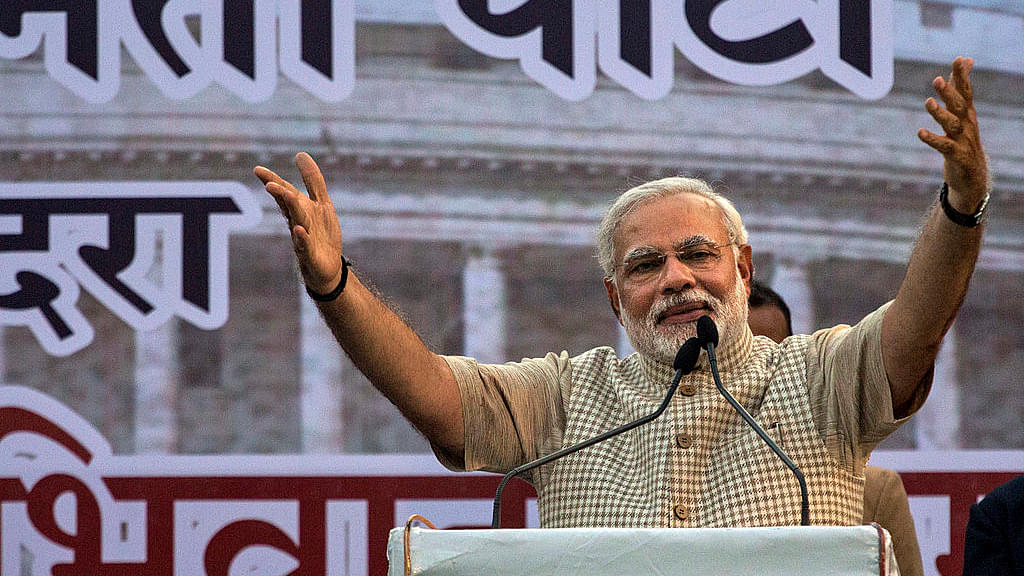 Modi Defends Demonetisation: Prime Minister Narendra Modi said on Tuesday that the poor are happy with demonetisation drive but some people are upset because his move has hit the “ringleader of thieves”. A single stroke has destroyed terrorism, drug mafia, human trafficking and counterfeiting, he said at a BJP rally in Uttarakhand.

Bankers Urge Government To Extend Cash Curbs: The government was urged to extend the restrictions on cash withdrawals beyond 30 December until a sufficient amount of new currency is injected into the banking system, bankers have told the Finance Ministry. Lifting the curbs immediately could disrupt branch operations, they said.

India Second Largest Arms Buyer, Says Report: India has emerged as the second largest purchaser of arms among developing countries after Saudi Arabia. India purchased defence equipment worth $34 billion, which is a distant second after Saudi Arabia’s $93.5 billion, said the report released by Congressional Research Service of the US.

ISRO To Launch 83 Satellites In One Go: Indian Space Research Organisation (ISRO) would launch a record 83 satellites in one go using its workhorse PSLV-C37 toward the end of January, it was announced last night. Of the 83 satellites, 80 belong to Israel, Kazakhstan, Netherlands, Switzerland and the US. They weigh about 500 kg.

Government Shocked After Kalmadi Made IOA Life President: Sports Minister Vijay Goel has said that the government is shocked after scam-tainted Suresh Kalmadi and Abhay Singh Chautala were made honorary life presidents of the Indian Olympic Association (IOA) on Tuesday. The decision to appoint both the former IOA presidents was taken at the association’s annual general body meeting in New Delhi.

HRD Ministry Can File FIR Against Setalvad: The Human Resource and Development Ministry can file an FIR against activist Teesta Setalvad under Sections 153A and 153B of the Indian Penal Code, Solicitor General of India Ranjit Kumar said after concurring with the findings of an inquiry that held her Sabrang Trust culpable for “hatred-filled, disharmony-spreading, ill-will generating, enmity-creating explosive writings”.

Mayawati Using Dalit Identity To Hide Corruption, Says BJP: Bharatiya Janata Party (BJP) accused Bahujan Samaj Party chief Mayawati of using her Dalit identity to hide "corruption" and asked her if the huge deposit in her party's bank account was a money conversion exercise. “If the Enforcement Directorate does a routine exercise, why is she so rattled? Will your corruption be hidden in the name of Dalits?” Law Minister R S Prasad asked on Tuesday.

Farooq Abdullah Opposes Domicile For Pakistani Refugees: Following in the footsteps of separatists, National Conference leader and former Jammu and Kashmir chief minister Farooq Abdullah on Tuesday said the move to grant 'domicile certificates' to West Pakistan Refugees is "unacceptable" and his party would oppose it. He called for resumption of India-Pakistan dialogue.

Government Cancels 20,000 FCRA Licences: The Indian government has cancelled licences of around 20,000 of 33,000 non-governmental organisations since 2014 after they were found to be allegedly violating various provisions of the Foreign Contribution Regulation Act (FCRA), thus barring them from receiving foreign funds.

A Fair Tax For Long-Term Capital Gains: India’s approach to direct taxes has been less than enthusiastic. If we want our tax system to be more equitable and fair, we need to sharply correct skew in favour of more direct taxes.

Modi Has Ruptured The Lethargic Legacy Of The Last 60 Years: Modi has fostered the age of the confident Indian cutting across economic and social strata. This is the fundamental difference Modi is making, creating a new fabric of Indian politics and society.

Digital Inclusion For The 85 Per Cent: The entire e-commerce industry only addresses a very thin creamy layer. For the remaining 85 per cent of the population, digital inclusion is just aspirational. This is the narrative that changed during the course of the year.

Swarajya’s 10 Most Read Articles Of The Year: Here is a list of 10 Swarajya articles that received the most love and attention from the readers this year.

Arnab Ray On Bengal, Buddhadeb, Mamata And ‘Sultan Of Delhi’: Swarajya spoke to novelist and blogger Arnab Ray, with whom we discussed West Bengal politics, the Hindu right-wing, uniform civil code and the state of Twitter discourse today.

Ending The Inter-State Water Wars: Why A Permanent Tribunal Alone Won’t Do It: Solving inter-state water disputes needs a different approach, one which does not merely look at distributing shortage, but optimising water use and augmenting supplies.