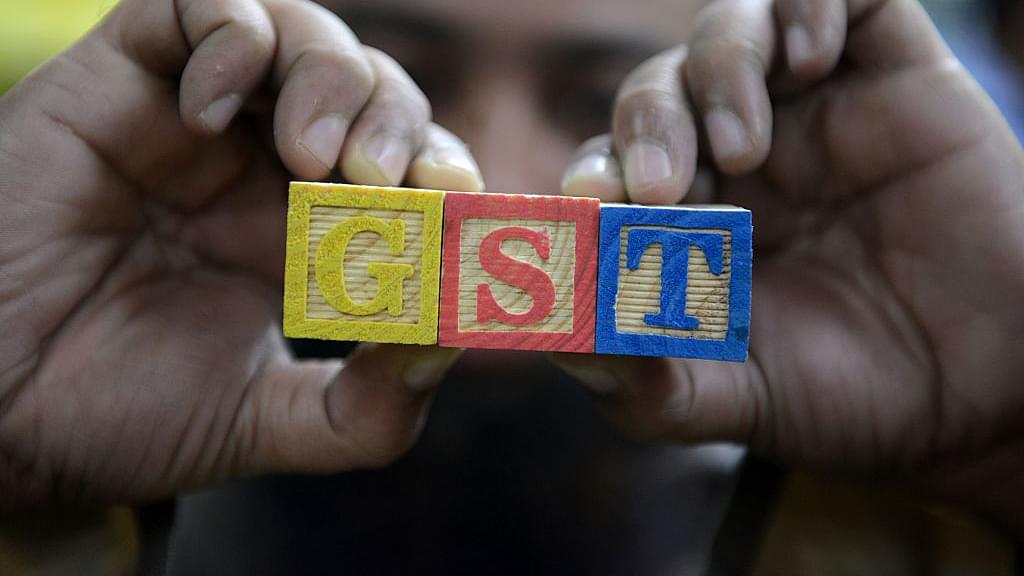 Stage Set For Crucial GST Debate: The stage is set for Lok Sabha to debate four GST-related bills. Finance Minister Arun Jaitley briefed MPs about the bills and their impact at a Bharatiya Janata Party parliamentary party meeting on Tuesday. The Central GST, Integrated GST, Union Territory GST and the Compensation Law will be taken up for discussion and passage in Lok Sabha on Wednesday. The house is expected to hold a six-hour discussion on the bills. Congress is likely to move amendments.

Three Die In Kashmir Firing: Three people were killed on Tuesday and another 25 injured when residents of Durbugh Chadoora in Budgam district of Kashmir Valley obstructed a security operation and tried to help a militant flee from a house where he had holed up. The militant was also killed in the gunbattle. Jammu and Kashmir Chief Minister Mehbooba Mufti said attempts were made to persuade the militant to lay down his weapon. “Nothing can be achieved with violence. Whatever can be achieved has to be through dialogue and peace,’’ she said.

NITI Aayog To Launch New Action Plan: The NITI Aayog is gearing up to launch the three-year action plan from 1 April after the end of 12th Five Year Plan on 31 March. Under the new system, states will be encouraged to meet the targets of various schemes or face the prospects of drying up of the fund flows. “The three-year action plan will end the prevailing system of the centre patiently waiting (for) the state governments to implement the schemes,” a senior NITI Aayog official said.

Railways To Review Flexi-Fare System: Indian Railways is planning to reserve about 50 per cent berths in premier trains for normal fare by making changes in the prevailing flexi-fare system. Taking note of vacant seats in long-distance Rajdhani and Duronto trains and a few Shatabdis, Railway Minister Suresh Prabhu had sought a review of the flexi-fare system. “We are trying to make the premier service more passenger friendly with a few changes so that occupancy rate will go up,” said a senior Railway Ministry official.

GST For Rental Income: The Union government is planning to introduce goods and services tax (GST) on all rental income, but is unlikely to impose the tax on individuals renting out homes. At present, service tax is levied on rental income from commercial property, but not levied on residential property. A senior urban development ministry officer clarified that GST will not lead to any additional tax on end-users. He said finance ministry has already accepted it in principle.

Navy To De-Induct Long Range Patrol Aircraft After 29 Years: The Indian Navy would de-induct the Long Range Maritime Patrol aircraft TU 142M after 29 years of service. The aircraft, which has completed 30,000 hours of accident free flying, would be formally de-inducted from service in the presence of Chief of Naval Staff, Admiral Sunil Lanba, at a special ceremony to be held at INS Rajali, Arakkonam, near Chennai. The aircraft was inducted into the Navy at Dabolim Goa in 1998 from Russia.

Lalit Modi Arrest Warrant Setback: India’s efforts to get an arrest warrant issued by the Interpol against Lalit Modi in a money laundering probe faced a setback with the agency stated to have accepted the former IPL chief’s plea against the move. Interpol is understood to have communicated that India needs to file for extradition before moving for a red corner notice (RCN), said a source. The global police body has apparently ruled in favour of Modi who had challenged the request of the Enforcement Directorate for issuance of an RCN.

Trump Looking Forward To Host Modi: Prime Minister Narendra Modi will visit Washington later this year, White House said on Tuesday, in an indication of the continuing bonhomie between the two nations under the new administration despite the recent unease over visa curbs. While no specific date has been mentioned, a statement from the White House said, "President Donald Trump also said he looks forward to hosting Prime Minister Modi in Washington later this year."

Scottish Parliament Votes For Referendum Ahead Of Brexit: Scotland’s parliament voted on Tuesday to back First Minister Nicola Sturgeon’s call for a second independence referendum, another headache for Prime Minister Theresa May as she battles to keep the country united just a day before triggering Brexit. The vote by lawmakers in Edinburgh was 69 in favour and 59 against despite May’s last-minute appeals. Sturgeon says Scots must be given the chance to vote on their future before Britain leaves the European Union.

The Charisma Of Credibility: Like Prime Minister Narendra Modi, this generation is absolutely unapologetic about what it wants. The charisma of Modi is not necessarily god-gifted, but is something hard-earned.

A New Paradigm For Privacy: The Supreme Court seemed happy to let the government continue to incorporate Aadhaar into all aspects of our lives. If we discard consent we can build a privacy framework that can serve as a model for the rest of the world.

Irdai Vs Global Standards In Consumer Protection: The bundled life insurance is being sold to the most vulnerable parts of the country – those who don’t know any better and are not literate enough to even ask questions. Finance minister Arun Jaitley must take notice of the murder of consumer rights in insurance and take action.

Leading Out For New Growth: The new generation of Indian business leaders are transparent about their vision. They are engaging with the outside world to identify new opportunities beyond their core businesses.

The Inherent Bankruptcy Of The Idea Of Arvind Kejriwal: Megalomania And Little Else: Paranoia about power is not uncommon among political leaders, but Kejriwal has developed it a bit too early for his party to grow. He is his own worst enemy.