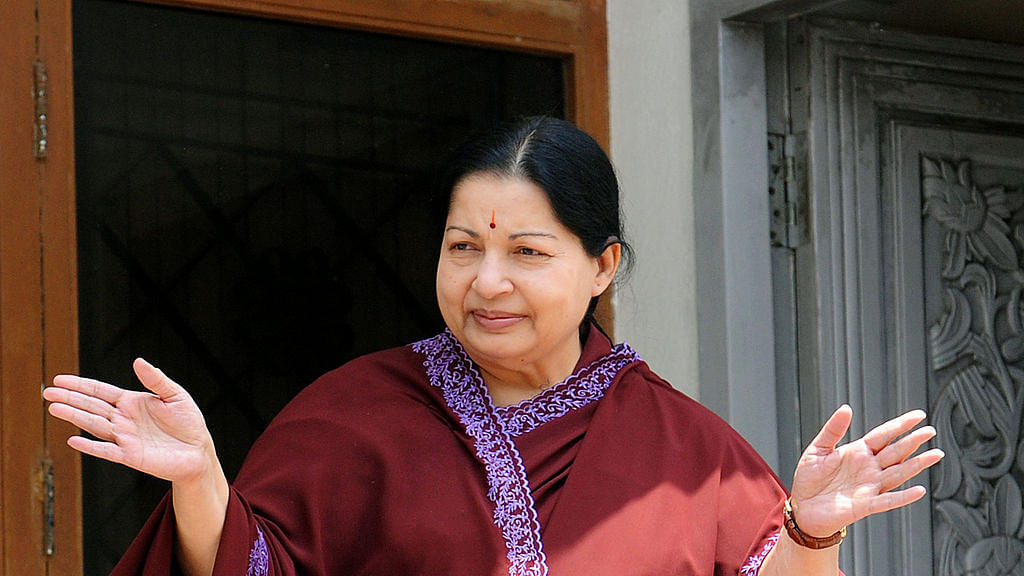 Tamil Nadu Chief Minister J Jayalalithaa Dies: The state of Tamil Nadu plunged into sorrow after Chief Minister J Jayalalithaa died last night (5 December) at a Chennai hospital. She did not respond to emergency life support treatment administered after she suffered a cardiac arrest a day earlier. She was 68. State government has announced seven days of mourning period and three days holiday for schools and colleges across the state.

O Panneerselvam New Chief Minister: O Panneerselvam was sworn in as Chief Minister of Tamil Nadu at the Raj Bhavan in Chennai in the early hours of Tuesday, almost two hours after J Jayalalithaa passed away at Apollo Hospitals. Arrangements were being made for the public to pay last respects to the leader. Last rites will be held at 4.30pm on Tuesday.

Tributes Pour In For Amma: President Pranab Mukherjee and Prime Minister Narendra Modi were among a host of leaders who paid tributes to Tamil Nadu Chief Minister J Jayalalithaa, who died last night after a cardiac arrest. Modi said her death leaves a huge void in Indian politics.

Irreparable loss to Tamil Nadu, Says DMK: The DMK leadership last night mourned the death of J Jayalalithaa, calling her an “iconic and courageous leader”. DMK leader M K Stalin said he was deeply saddened by her death and offered condolences to the party cadres and well wishers. “This is an irreparable loss to the people of Tamil Nadu,” the former deputy chief minister said.

Tata Group Nobody's Personal Fiefdom, Says Mistry: The Tata Group is nobody's personal fiefdom, Cyrus Mistry said ahead of the crucial extraordinary general body meeting, slamming his abrupt ouster in a letter to company shareholders. Meanwhile, The Tata Sons management has come out with a rejoinder to Mistry's claims, strongly and categorically refuting the charge. Mistry called on the government to ensure that the Tata Trusts have a defined, transparent governance structure.

New Push For Digitisation: The Finance Ministry on Monday said any payment by government departments or ministries above Rs 5,000 should be made electronically, lowering the threshold limit from Rs 10,000. This move is intended to bring about a complete digitisation of payments, the ministry said.

ED Busts Money Laundering Racket: Two arrests have been made after the Enforcement Directorate (ED) busted a money laundering racket, which helped exchange demonetised currency amounting to Rs 39 crore for gold, through banking channels and a maze of shell companies that had daily wagers as directors.

New Delhi Vows To Fight Nuclear Terrorism: New Delhi yesterday (5 December) vowed to evolve technology against nuclear terrorism, not only for “physical protection” but also against cyber attacks. The move comes after the head of the UN atomic watchdog warned "nuclear terrorists" can strike anywhere.

India To Train Vietnam Air Force Pilots: As part of a major thrust in its "look east" policy, India today agreed to train Vietnamese Air Force pilots to fly combat jets. An agreement to this effect was signed on Monday after talks between Defence Minister Manohar Parrikar and his Vietnamese counterpart General Ngo Xuan Lich.

Aadhaar-Based Rail Reservation For Senior Citizens: The Railway Ministry has decided to implement Aadhaar-based ticketing system for senior citizens in a two-phased manner. From 1 January to 31 March 2017, requirement of Aadhaar verification for getting concessional tickets for senior citizens will be on a voluntary basis, and from 1 April it would become mandatory.

Mamata Banerjee’s Attempt To Be The Centre’s Main Opponent Is Political As Well as Existential: The demonetisation decision has certainly hit the unbanked poor very hard. But Banerjee’s howl may point to something injurious closer to the TMC bone.

Rate Cut Is Likely As Inflation Drops, Growth Being Dented: There could be scope for another cut before the end of the fiscal year as the full impact of demonetisation sinks in, but the bigger question is this—even if banks respond by cutting their loan rates, will companies come forward to borrow?

Black Cash In India: If other policy measures to reform India are not forthcoming then history will view demonetisation as a colossal failure of thought and reform. It would be so unlike PM Modi to stop here, and I am not betting that he will.

War As Performance: The fidayeen war is performance theatre, each act competing with the last to gain our attention through acts of ever-increasing terror.

The Iron Lady Of Tamil Nadu Passes Away; The State Will Never Be The Same Again: Jayalalithaa was a paradoxical mixture of shrewd politician, mercurial personality, steely determination and a complex administrative acumen.

Can We Expect Some Accountability From The Honourable Supreme Court? In a democracy, the executive, the legislature and the judiciary are accountable to the people of India. None of them can claim to be accountable only to themselves, least of all the judiciary.

Banerjee’s Tantrums Are Fake: Note Ban Sets Stage For Faster GST Rollout, Not Slower: The behavioural shift is already taking place due to demonetisation. So, Mitra is wrong to assume that GST will be another huge disrupter.