Much To China’s Displeasure, India To Hold First-Ever Naval Exercise With Vietnam Next Week 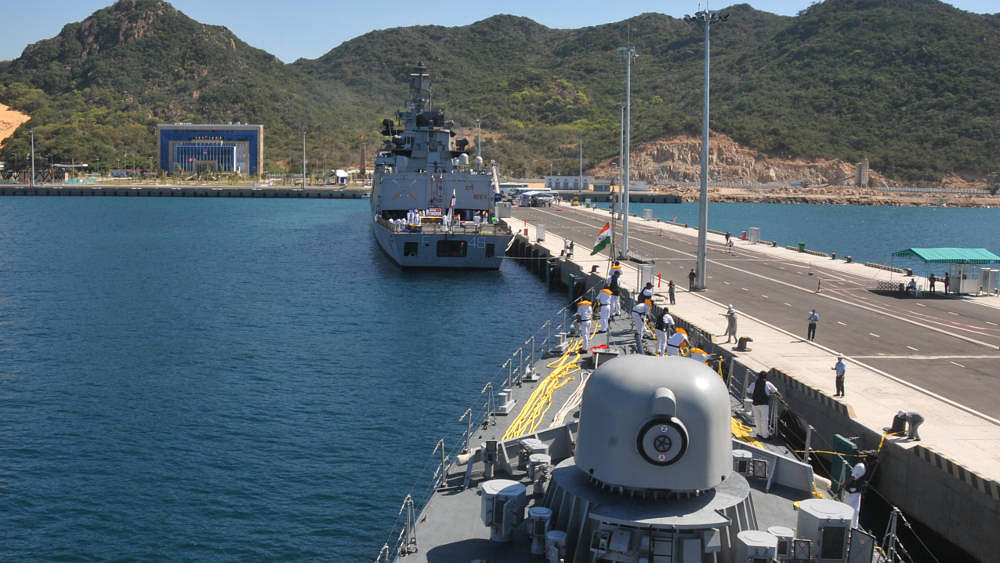 In a move that will not go down well with China, India has decided to hold its first ever naval exercise with Vietnam next week, Times of India has reported.

According to the report, stealth frigate INS Sahyadri, missile corvette INS Kamorta and fleet tanker INS Shakti will reach the Tien Sa Port in Vietnam’s Da Nang on Monday. These warships were on operational deployment to South East Asia and North West Pacific region as part of the Navy’s ‘mission-based deployment’ strategy.

“From 21 to 25 May, there will be a professional interaction between personnel of the two navies, official calls and interaction with dignitaries of the Vietnamese Government. On completion of the harbour phase, warships from the two navies would be undertaking the exercise,” the Indian Navy has said.

The exercise is being conducted just weeks ahead of Defence Minister Nirmala Sitharaman's visit to Hanoi. The Chief of General Staff of the Vietnam People's Army and the Commander-in-Chief of Vietnam People's Navy will be in New Delhi later this year to discuss security cooperation between the two countries.

The two countries have been stepping up security cooperation in recent years. Vietnam, like India, is wary of China’s increasing aggressiveness in the Indo-Pacific and has a dispute with Beijing in the South China Sea. There have been two armed conflicts between China and Vietnam in the sea - one in 1974 and another in 1988.

Vietnam has also expressed interest in buying BrahMos cruise missiles and the Akash surface-to-air missile defence systems. During Prime Minister Narendra Modi’s visit to Hanoi in 2016, India had announced a $500 million defence line of credit for the country to facilitate the purchase of military equipment. India is also set to train Vietnamese fighter pilots to fly Su-30 fighter jets and has been training submariners from the country to operate Kilo-class submarines.