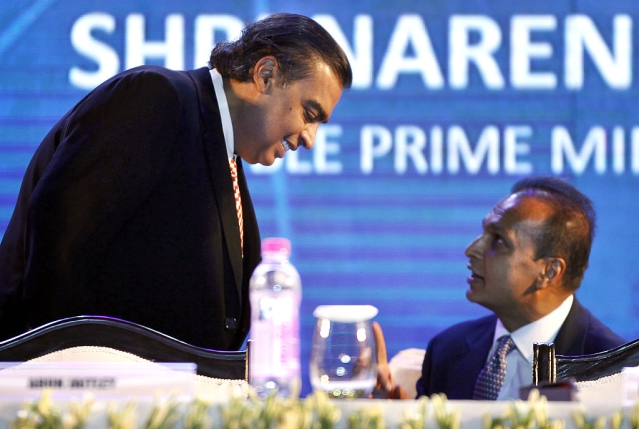 Reliance Communications made the Rs. 458.77-crore payment just a day before the Tuesday (19 March) deadline set by the Supreme Court.

It was finally Anil Ambani's elder brother and India's richest man Mukesh Ambani who stepped in to rescue his younger brother from what looked a certain jail term by giving the required money.

In a letter, Anil Ambani expressed his profuse gratitude towards his brother for bailing him out from serious trouble.

“My sincere and heartfelt thanks to my respected elder brother, Mukesh, and Nita, for standing by me during these trying times, and demonstrating the importance of staying true to their strong family values by extending this timely support. I and my family are grateful and deeply touched with their gesture.”

The two siblings had engaged in a bitter public feud after the demise of their father, Dhirubhai Ambani. He died without leaving a will in 2002.

The brothers eventually split their businesses between themselves, with Anil Ambani taking power and telecom and his brother keeping the flagship oil and petrochemical businesses.

Over the last few years, Anil Ambani has fallen deep into a debt trap with almost all his ventures failing while Mukesh has skyrocketed to become the richest man in Asia.

Ericsson had approached a bankruptcy court in 2017, charging RCom of not paying Rs 1,500 crore in dues for a seven-year contract to manage and operate its network.

Ericsson decided to take Ambani to court after RCom failed to clear its dues, and won the suit.

Last October, the court had asked RCom to pay Rs 550 crore by 15 December and warned that any delay would result in a hefty 12 per cent penal interest.

Ericsson subsequently moved the apex court seeking contempt proceedings against Ambani for not complying with its order to clear dues.

On 20 February, the Supreme Court held Anil Ambani and two directors of the group guilty of contempt of court and asked them to pay the amount within four weeks. Failure to comply with the order would invite a three-month jail term, the court had warned.