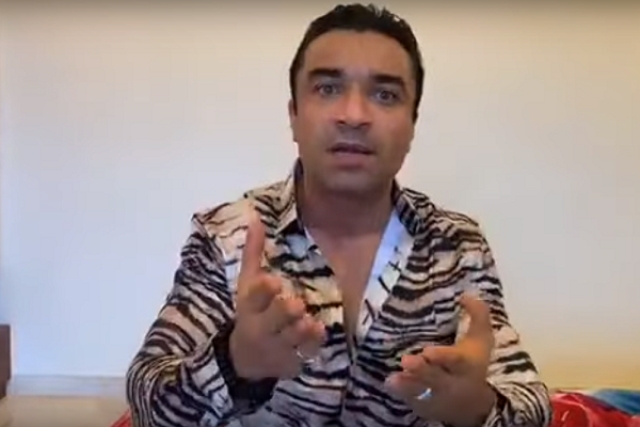 Bollywood actor Ajaz Khan was sent to 14 days’ judicial custody today, reports ANI. A case was registered against him for sharing videos with objectionable content promoting enmity between different groups on grounds of religion, and creating hatred among public at large.

Ajaz Khan, who shot into the limelight through his participation in Bigg Boss season 7, was taken into custody by the Mumbai Police over his Tik Tok videos with hateful content.

In his latest controversial video, Khan was seen mocking Mumbai Police after they registered FIRs against several Muslim users of Tik Tok calling for revenge in response to the death of Tabrez Ansari in Jharkhand.

Khan has previously released a number of videos in which he has mocked authorities as well as the Hindu community for their supposed inability to counter Muslim violence. In response to actress Payal Rohatgi’s criticism of regressive practices in the Muslim community, he had stated that one day the whole would become Muslim.

Khan has previously also run into trouble with the law. He was arrested by the Anti-Narcotics cell for the possession of illegal drugs, and in 2016 by the police over sending lewd photos.