Mumbai Metro-1 To Remain Under Reliance Control, No Plans To Buy It Back Says CM Devendra Fadnavis 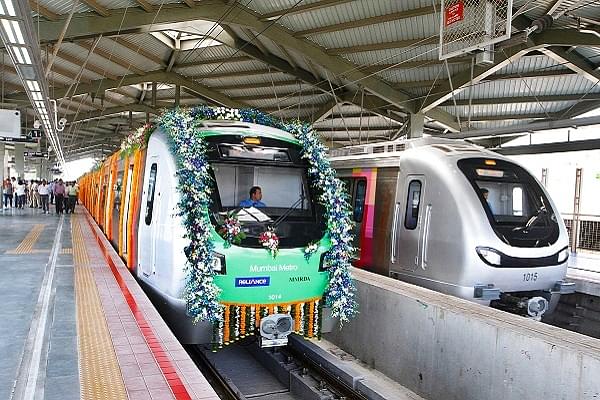 Maharashtra Chief Minister Devendra Fadnavis has said that the Maharashtra government has no plans to buy back the Versova Ghatkopar Metro-1 from Reliance, reports DNA. Reliance Infrastructure-led Mumbai Metro One Private Limited (MMOPL) is the majority shareholder in the corridor.

However, Metro-1 will not be the only one coming under the MMOCL. Built on the Public-Private Partnership (PPP) model on 2014, the Metro-1 covers 12 km distance between Versova, Andheri and Ghatkopar.

Fadnavis, who is also the head for MMRDA, recently approved the formation of the MMOCL with a start-up capital of five crores. Along with bringing MMR corridor under one umbrella, the MMOCL may also be tasked with operating the corridors which are under construction in Navi Mumbai, Colaba-Seepz Metro-3 and all upcoming corridors under the MMR.

Fadnavis, when asked plans of buying back the Metro-1 through either MMRDA or state government responded, “not as yet”.

The Metro-1 has sparked a lot of controversy on various issues like the cost of the project. While the MMOPL says the project of construction of the Metro one was over Rs 4,000 crores, the MMRDA claims it was around Rs 2,300 crore. Alongside the cost issues, there was the altercation with the delay in construction and different opinion of fares.