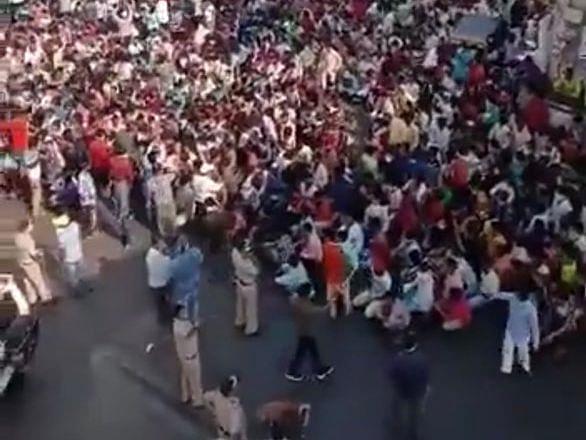 Crowd of migrants at Bandra in Mumbai

In a shocking development, around 3,000-plus stranded migrants from different parts of India crowded near the Bandra railway station Tuesday (14 April), demanding that they be provided with transportation facilities to return to their native places immediately.

The Mumbai Police, which attempted to cajole them from gathering in such huge numbers, resorted to a mild lathi charge when sections of the restive crowd seemed to be going out of control.

Bandra in Mumbai right now. Police probing what caused such a large crowd to gather. pic.twitter.com/04H1Mnggd2

The migrants demanded that they could not continue to live here away from their homes or families in different parts of India with the nationwide lockdown getting extended till May 3 on Tuesday.

They asked the police to make arrangements for suitable transportation facilities to enable them to go to their respective towns and villages.

A large posse of police was on the site to bring the crowd under control even as videos of the incident went viral on social media.