Muslims Who Join RSS Or BJP Will Be Beaten Up, Warns Imam Of Kolkata’s Tipu Sultan Mosque 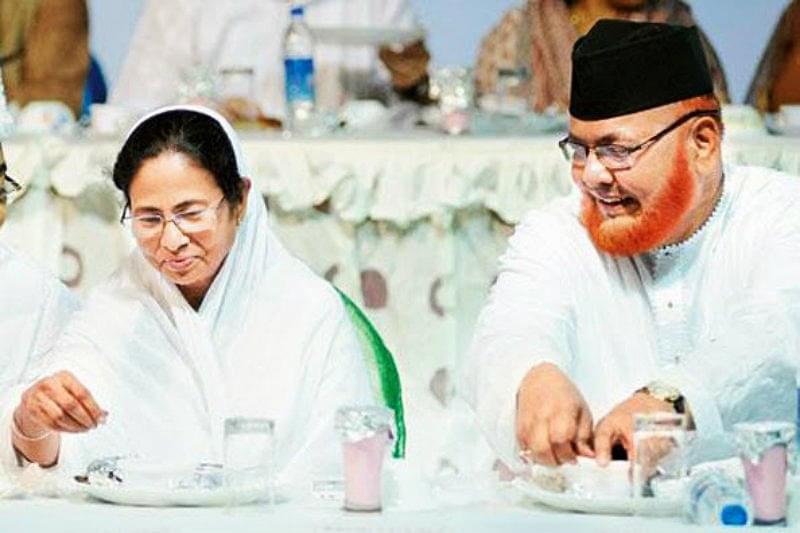 Maulana Nurur Rehman Barkati, the Shahi Imam of the Tipu Sultan Mosque in Kolkata, who had issued fatwa against Prime Minister Narendra Modi, accusing him of "bluffing" the people through demonetisation and threatened to kill Pakistan-born Canadian author Tarek Fatah, stoked another huge controversy on Tuesday by warning Muslims against joining the Rashtriya Swayamsevak Sangh (RSS) or the Bharatiya Janata Party (BJP).

The Imam said that any Muslim who joints or works for the RSS or the BJP will be banished from the community and beaten up.

“If any Muslim joins or works for RSS and BJP then we will punish them. We will severely beat them up and banish them from the community. They can work for other parties but not for RSS and BJP. If BJP distances itself from RSS then they can work for BJP. Since BJP is working with RSS, any association with them by a Muslim will attract punishment,” he said at the Press Club of Kolkata.

He went a step further, branding those who chanted Jai Sri Ram as hijras (eunuchs).

“Those who chant Jai Sri Ram outside Mosques are hijras (eunuch). It is the work of hijras. I do not know how long Muslims will keep quiet.” he said.

The Imam also came out in support of the controversial practice of triple talaq and accused the Prime Minister of speaking against Islam and Muslims. In a fatwa issued last year, he had offered money to anyone who cuts Modi's beard and shaves his head.

The Imam, who has remained in news for one controversial statement or another, is reportedly close to the Trinamool Congress chief and West Bengal Chief Minister Mamata Banerjee and has shared stage with her at several occasions.