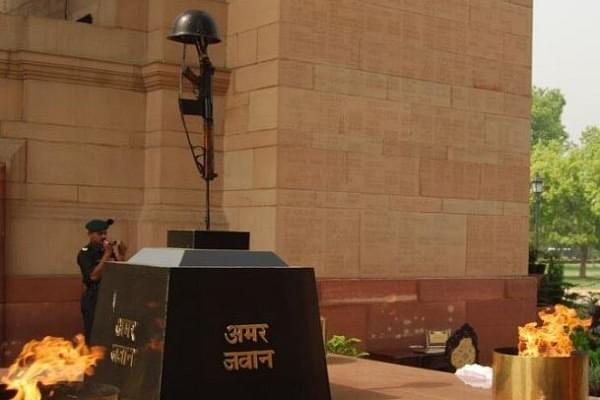 The National War Memorial, constructed to honour brave martyrs of the country, will soon have a coffee table book, defence sources said here on Thursday, adding that production work has already been commenced.

"The coffee table book is being produced by the Integrated Defence Staff (IDS). The three services are working in tandem to put together the book. The book will basically be pictorial in nature. It will also contain short tales about the valour of Indian soldiers," a defence official told IANS.

The monument located near the India Gate in New Delhi, has been built to honour soldiers who laid their lives in the line of duty after India gained independence from British rule in 1947. Names of the martyrs are inscribed on the walls of the monument.

Last week, the Indian Air Force (IAF) included the name of Squadron Leader Ravi Khanna, killed in a terror attack in Srinagar in 1990, on the Tyag Chakra. Khanna, and three of his colleagues, were gunned down by a group of militants allegedly led by Jammu and Kashmir Liberation Front (JKLF) founder Yasin Malik.

Though the names of Khanna's martyred colleagues had been listed earlier at the memorial, his name had been missing till last week.